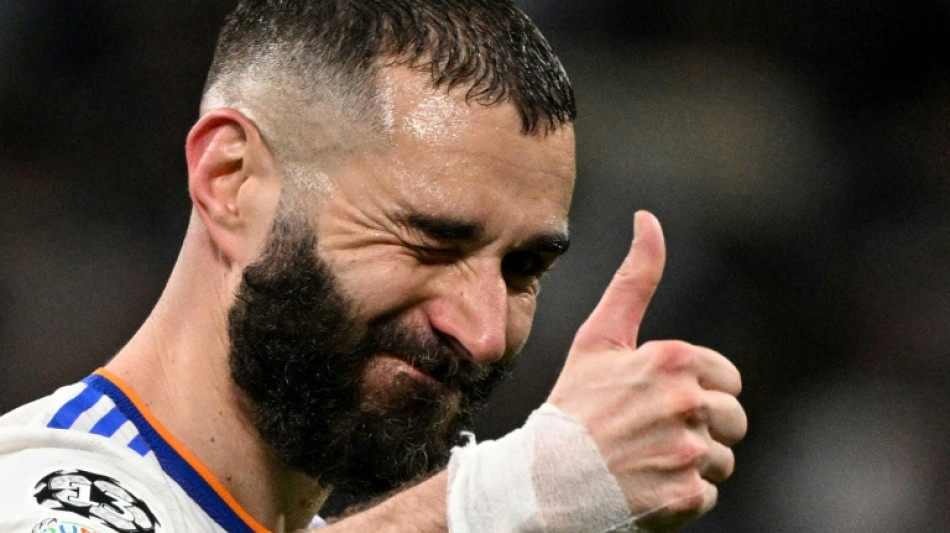 Madrid trailed 2-0 on aggregate when Kylian Mbappe put PSG in front at the Santiago Bernabeu but Benzema scored a stunning second-half hat-trick, including two goals in two minutes, to send his team through.

"Every game is a final now for us in the Champions League and La Liga but today we showed that Real Madrid is alive," Benzema said afterwards.

"We know PSG like to have the ball. We started well, we tried to score and in the second half we won the match with our mental strength," Benzema added.

At 34 years old, Benzema is the oldest player to score a hat-trick in Champions League history.

"We won a very difficult game, which got a lot more complicated after Mbappe's goal," said Madrid coach Carlo Ancelotti.

"We suffered a lot. Then we pushed higher which was what we wanted to do.

"We scored the first goal and from there everything changed. The fans pushed us and we believed more, more and more. It was a spectacular night."

He added: "We suffered, but we held on. In the first half it was difficult to get the ball back. The first goal came and from there the magic of this stadium came.

"In the last 30 minutes there was only one team on the field."

Ancelotti also hailed his bench and the influence of Rodrygo and Eduardo Camavinga.

"They were important, they changed the dynamic of the game. The freshness of Rodrygo and Camavinga changed the game. Camavinga gave us more energy in midfield. It was a magical night."