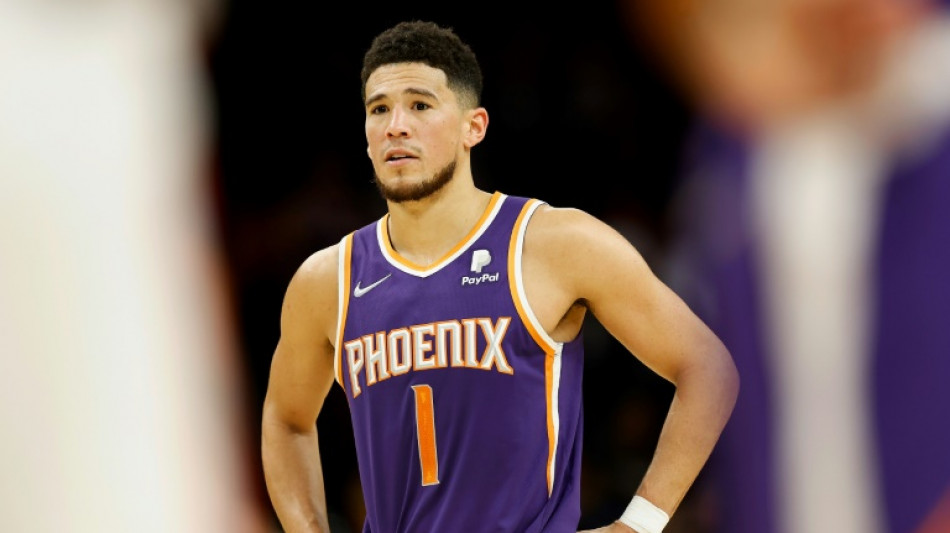 Devin Booker returned from a four-game absence to power Phoenix over Miami 111-90 on Wednesday in a matchup of conference leaders, clinching an NBA playoff berth for the Suns.

Booker, back after being sidelined by Covid-19 protocols, scored a game-high 23 points, passed off nine assists, pulled down eight rebounds, made two steals and blocked two shots for the visitors, who improved to a league-best 53-13.

The triumph was important to the Suns, who lost 123-100 to Miami at Phoenix on January 8.

"They came to our home court and kicked our ass so we wanted to make a statement here," Booker said.

The Suns stretched their lead in the Western Conference to 8.5 games over Memphis by dispatching the top club in the Eastern Conference, the Heat falling to 44-23.

Phoenix, which lost last year's NBA Finals to Milwaukee, improved to 22-0 this season when keeping an opponent under 100 points and became the first team to secure a post-season berth.

"The playoffs are upon us," Booker said. "We're looking forward to it. We don't want to fall short again."