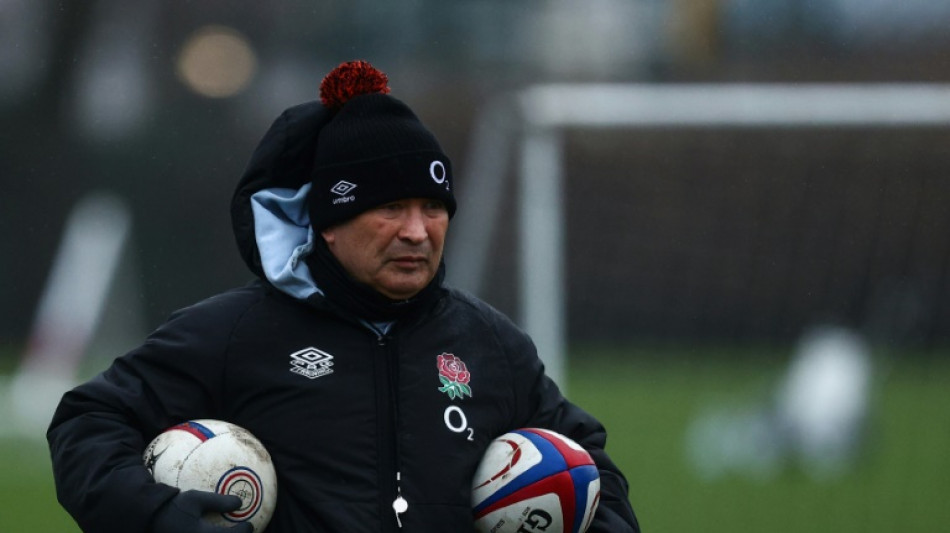 England coach Eddie Jones insisted his side were ready to "go after" Ireland in a Six Nations Championship "semi-final" at Twickenham on Saturday.

Defeat for either side in the penultimate round would effectively end their title hopes, with France bidding to go one step nearer a Grand Slam away to Wales in Cardiff on Friday.

"We've been looking at this game as a semi-final," said Jones, whose side finish the Championship against France in Paris on March 19.

"Ireland are the most cohesive side in the world right now and it will be a good test this weekend."

The Irish have not won at Twickenham since 2018, but they are strongly fancied to end that run after scoring 16 tries in their opening three games of this season's Six Nations compared to England's seven.

"We're more concerned about ourselves mate," Jones told reporters when asked for his thoughts on an Ireland team captained by veteran fly-half Johnny Sexton.

"I said, 'just give me the coffee please'," said Jones with a grin.

He added: "I'm not a bookmaker, mate, I'm a coach. All I'm worried about is my team playing well. We're prepared and we're going to go after them, mate.

"When you're playing against a team that has to basically (just) jump out of the barrier (starting stalls) and win, then you've got to make sure your horse is ready to go.

"All I've been doing is trying to get my horse ready to go."

Jones, however, conceded England still had work to do in attack, even though it had been "progressing really well".

"We've increased our run metres by 40 percent, what we haven't been good at is finishing those attack raids in the opposition 22," he said.

"We've been doing a little bit of work on that to get a little bit more cohesion and understanding of each other's play."

Jones has recalled Sam Simmonds at No 8 in place of Alex Dombrandt, now on the bench after a bout of coronavirus following England's 23-19 win over reigning champions Wales at Twickenham last time out.

Tom Curry has passed the return to play protocols from concussion to continue at openside flanker in a back-row that also features England captain Courtney Lawes.

"He's a powerful character and a carrier," said Jones of Simmonds. "He's a very physical defender, in particular with the way Ireland attack he's going to be important around that 10 (fly-half) area."

In the the only other change to the starting XV, Joe Marchant is preferred ahead of Elliot Daly at outside centre, where he will partner Henry Slade in midfield.

"Joe is a specialist 13 (outside centre) who can play on the wing," said Jones. "He's very good under the high ball. I just think he might give us a bit more direct carrying."