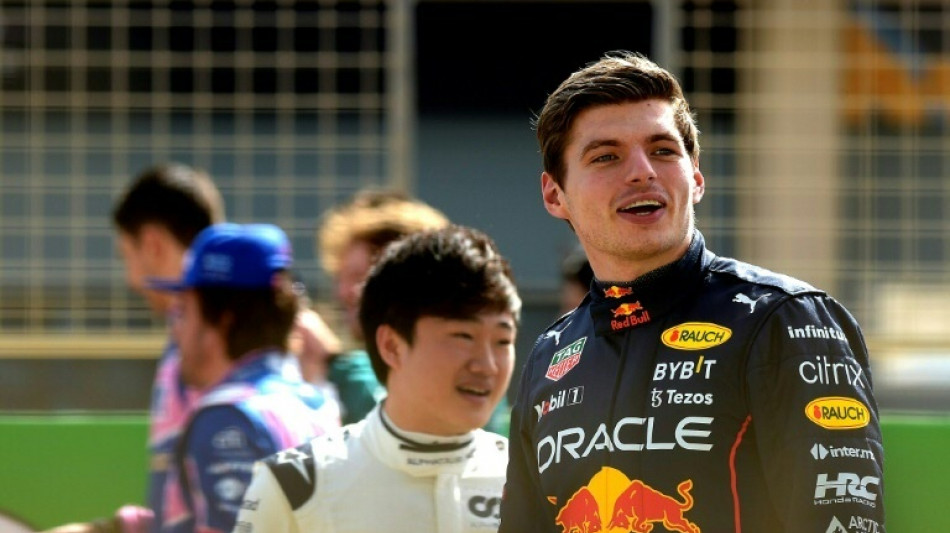 World champion Max Verstappen said Thursday he was relishing more fun times with Red Bull after being rewarded with a five-year contract extension after last season's thrilling Formula One victory.

The 24-year-old Dutch driver beat Lewis Hamilton in a last-lap sprint at the final race of the season in Abu Dhabi to claim his first world title.

"Of course the success is very important, that's what we were targeting and we achieved in the championship last year, that was necessary, let's say it like that," Verstappen told journalists at pre-season testing in Bahrain.

"But I also find it important that you have a good time while in F1 and you have actually fun with the people you're travelling with, and I definitely have that, so why would you change that?"

Verstappen insisted he was confident of adapting despite prolonging his contract beyond the introduction of new motors in the championship in 2026.

"I feel really well within the team. I have been part of the team for a couple of years now," continued Verstappen whose previous contract ran until 2023.

"Like my previous deal, it was also a few unknown things but I trust the team that everything will be fine because they have shown before that they can handle these situations really well.

"And I just believe in the whole project also, going forward, what's coming and enjoy working with everyone in the team and I just have a very good time, so that's why it was quite a straightforward decision at the end."

However the Dutch driver said that he would not be returning to the Netflix Formula One series 'Drive to survive' which he believes "exaggerated" the rivalry between drivers.

"I think that was already ruined after season one. I think I'm quite a down-to-earth guy, and I just want it to be facts and don't hype it up."

He was promoted in 2016, winning his first Grand Prix with Red Bull in Spain to become the youngest winner in history, aged 18 years and 228 days.

He is also the youngest to start a Grand Prix, to score points and to claim a podium place.