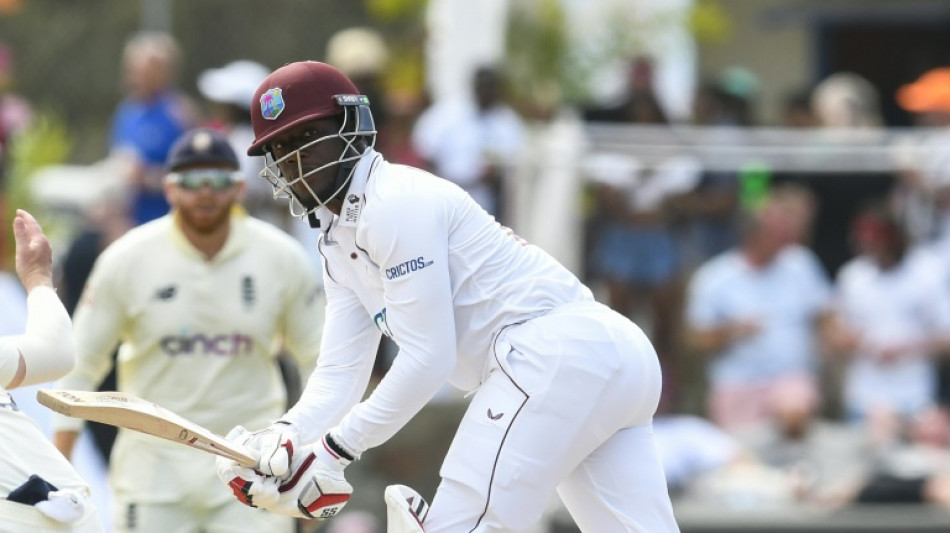 Nkrumah Bonner's considerable reserves of patience and determination paid off with an invaluable second Test century as the West Indies closed the third day of the first Test against England at 373 for nine at the Sir Vivian Richards Stadium on Thursday.

Bonner's innings of 123 spanned more than nine hours and while it will hardly ever be remembered for any attacking style or quality of strokeplay, his effort earned the home side a first innings lead of 62 runs with one wicket in hand going into day four.

More than the basic numbers of the match situation though, it could prove to be an important psychological edge, especially as England would have hardly expected to be toiling through an entire day's play after they separated the overnight pair of Bonner and Jason Holder within a few minutes of the start.

But Holder's dismissal to Ben Stokes in making the score 206 for five was only a prelude to continued resistance from the West Indies lower order.

On the same ground that saw his maiden Test hundred almost exactly a year earlier ensure a draw against Sri Lanka, Bonner's effort was typically workmanlike.

He faced 355 deliveries, the vast majority of them in complete control, yet still required moments of good fortune to advance his team's cause almost to the end of the day when a faint leg-side touch to a delivery from part-time leg-spinner Dan Lawrence gave wicketkeeper Ben Foakes another opportunity to show his competence behind the stumps.

"We are in a good position now but I would really like for us to bat for another hour tomorrow and take the lead to over a hundred," said Bonner.

"We worked really hard on our batting during the camp ahead of this series so I wasn't surprised to see the resistance from the lower-order batters, which was very important in putting us in the position we are in."

With England taking the second new ball as soon as it became due half-hour into the day's play, the 33-year-old Jamaican right-hander escaped when a miscued pull fell just short of midwicket and then on 73, Zak Crawley could not hold on to a sharp chance at slip off spinner Jack Leach.

Mindful of the discomfort he caused when West Indies slipped from 83 without loss to 127 for four on the second day, visiting captain Joe Root was looking to his fastest bowler, Mark Wood, to do considerable damage to the rest of the West Indies innings.

However he only bowled one over with the second new ball and left the field with the information subsequently passed on from the England camp that the recurrence of an elbow injury meant that he would play no further part on the field for the rest of the innings.

It proved a significant setback and as much as the other bowlers toiled in batsman-friendly conditions, the visitors lacked the genuine firepower to unsettle their opponents.

Stokes and fellow seamer Craig Overton took two wickets each while Leach delivered 43 overs in conceding 79 runs for the wicket of da Silva.

It was hardly a day of electrifying cricket with only 171 runs accumulated in 90 overs.

In the context of the match though it suggests that England's suspect top-order batting will face another searching examination early on the fourth day.