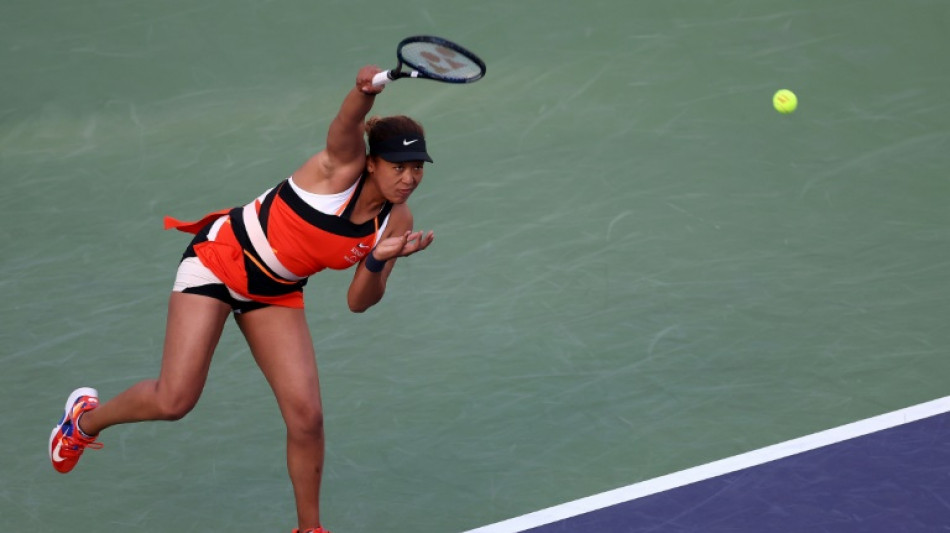 Osaka holds off Stephens in Indian Wells first round

Japan's Osaka, playing her first tournament since a third-round exit at the Australian Open saw her plummet out of the top 80 in the world rankings, was a break down at 0-2 in the third set but won the last six games to secure the victory over former US Open champion Stephens.

The marquee first-round match was an outlier at Indian Wells, where all 32 seeded players in both the men's and women's draws enjoy first-round byes.

But Osaka and Stephens weren't among them, Osaka starting the week ranked 78th in the world and Stephens 38th in the wake of her first title since 2018 at Guadalajara last month.