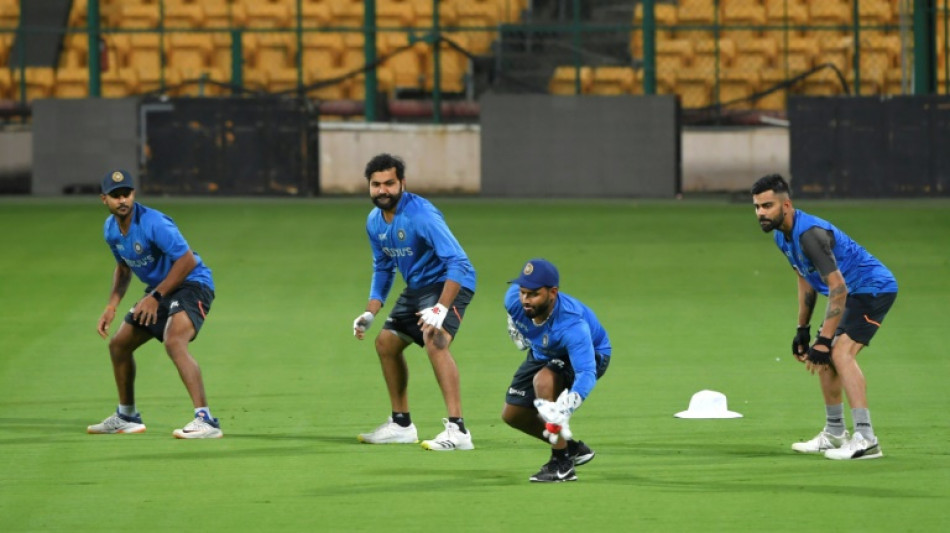 Vice-captain Jasprit Bumrah on Friday said India are still getting used to Test cricket under lights as they take on Sri Lanka in their third pink-ball match at home.

The hosts are looking to sweep the two-match series in Bangalore after a thumping opening Test win inside three days.

But Bumrah said the team is entering unchartered territory despite having won their previous two day-night Tests on home soil against Bangladesh in 2019 and England last year.

"We have to make mental adjustments while preparing for the pink ball Test," Bumrah said on the eve of the second match starting Saturday.

"Playing under lights, fielding and bowling with pink ball are things we need to get used to and we keep all of these things in mind while in the training session.

"We are not used to catching or bowling with the pink ball. It is still a fairly new concept for all of us and we are trying to learn with every Test."

India were late entrants in the pink ball arena and made their day-night debut four years after Australia and New Zealand played the first-ever floodlit Test in 2015.

They dispatched Bangladesh inside three days in Kolkata, but at the Adelaide Oval in December 2020 Australia bowled out Virat Kohli's side for 36 in the second innings -- India's lowest Test total.

The team got back to winning ways with the pink ball when they thrashed England in two days at the world's biggest cricket stadium in Ahmedabad in February last year.

Australia has featured in 10 of the 18 pink ball Tests that have been played so far and enjoy an unbeaten record.

Bumrah said players will need to adapt to the different coloured ball, which has a coating of pink lacquer and behaves differently than the traditional red ball.

"It all depends on the individual. Pink ball looks different, the speed at which it comes to you on the field," said the fast bowler.

"Timings for the day-night Test are also different, so the ball might not do so much in the first session but might start to do more under the light.

"We have played the pink ball Tests on all different surfaces, so there are no set parameters for it."

Bangalore's M Chinnaswamy Stadium has allowed 100 percent attendance for the pink ball spectacle after they previously decided to limit the crowd to half capacity.

The remaining tickets went up on sale Friday with fans thronging to get seats at the 40,000 capacity stadium.

Sri Lanka, who lost the opener by an innings and 222 runs, will be without batsman Pathum Nissanka who has been ruled out with a back injury.