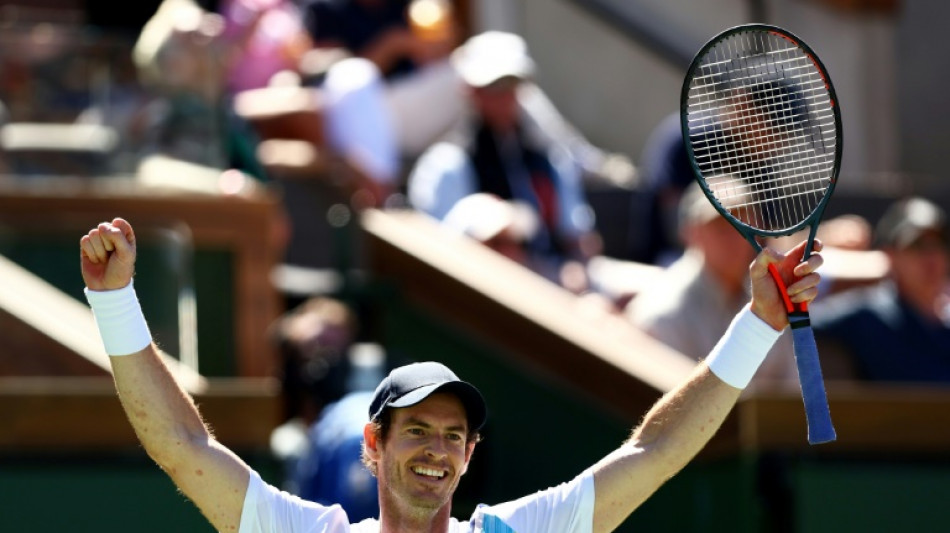 Former world number one Andy Murray rallied after a dismal first set to beat Japanese qualifier Taro Daniel in the first round at Indian Wells on Friday and claim a 700th ATP Tour match victory.

Murray, a three-time Grand Slam champion now ranked 88th in the world and playing on a wildcard invitation, was broken at love four times but held on for a gritty 1-6, 6-2, 6-4 victory in the first round of the prestigious ATP Masters tournament.

It was his second win in three matches this year against Daniel, who stunned Murray in the second round of the Australian Open before the Briton turned the tables in the first round at Doha.

Murray, who is reuniting with coach Ivan Lendl in a bid to regain championship form after years marked by injury and indifferent results, is now one of just four active players to have won 700 tour matches, along with Roger Federer (1,215), Rafael Nadal (1,043) and Novak Djokovic (991).

The signs weren't auspicious that he would reach the milestone when Daniel raced through the opening set in 28 minutes, Murray claiming just four points on his serve.

But Murray responded in the second, powering to a 5-0 lead himself before Daniel managed to hold serve.

Daniel then broke him to love again before Murray broke back to force a deciding set.

Daniel gained a quick upper hand with another break to love in the opening game of the third, but Murray leveled the set with a break for 3-3 and after a tense hold for 5-4 broke Daniel again for the win on his third match point.