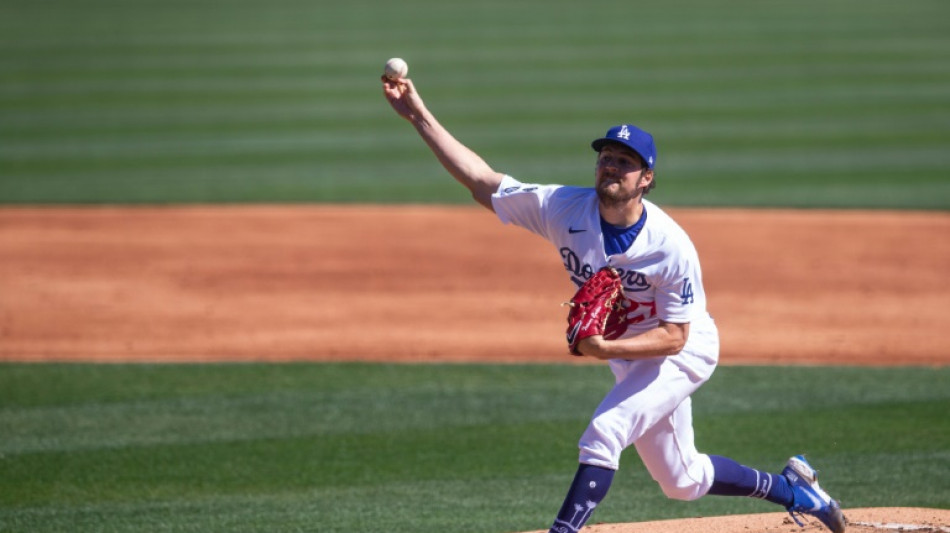 Major League Baseball extended Los Angeles Dodgers pitcher Trevor Bauer's administrative leave by one week on Friday over assault allegations, one month after prosecutors said he will not be charged over the claims.

Bauer, who has not played for the Dodgers since first being placed on administrative leave last July, had his leave extended through March 19.

The 31-year-old pitcher's career has been in limbo since a 27-year-old woman accused him of punching and choking her unconscious during separate sexual encounters in April and May of last year.

Bauer denied any wrongdoing, with his attorney and representatives saying all the encounters were entirely consensual.

Last month, the Los Angeles County District Attorney's office said Bauer would not be charged in connection with the allegations.

"After a thorough review of all the available evidence... the people are unable to prove the relevant charges beyond a reasonable doubt," the prosecutors said.

Bauer later issued a video statement saying he had been the victim of "an absurd amount of misinformation and false claims" circulated with "absolutely no corroboration."

"Both my representatives and I have expected this outcome from the beginning and we are grateful that each of these neutral, third party arbiters have reviewed the relevant information and made clear and informed decisions on this matter," he said.

"My version of events has not wavered, because it's the truth," he said, insisting he had engaged in consensual rough sex with his accuser.

He also denied specific claims of assault made by his accuser.

"I never assaulted her in any way or at any time," he said.

Although Bauer does not face criminal prosecution, he could yet be hit with a suspension from MLB chief Rob Manfred if he is found to have violated domestic violence rules.

The Dodgers signed Bauer last year on a three-year deal worth $102 million following the pitcher's departure from the Cincinnati Reds.