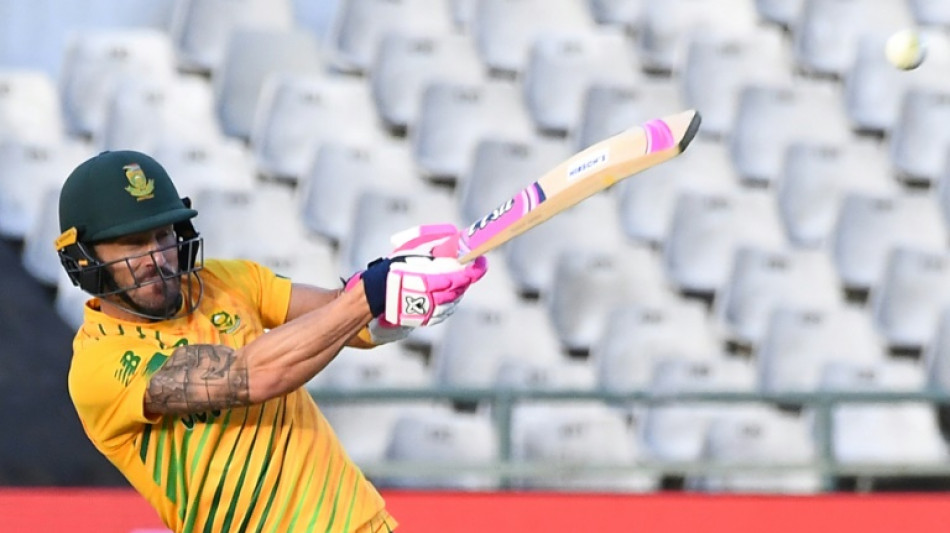 The former Test captain is a league veteran, making his debut for Chennai Super Kings in 2012 and a star of the side's most recent national Twenty20 championship last year.

He was subject to a fierce bidding war in last month's player auction and eventually signed to Bangalore for more than $900,000.

"Faf was among our top priority at the IPL auctions," said team chairman Prathmesh Mishra in a statement announcing the 37-year-old's captaincy.

"Not only does he bring his great leadership skills to the team but (he) is... a proven campaigner in the IPL."

The batsman is a veteran of all three formats and comes fresh from a stint with Bangladesh Premier League winners Comilla Victorians.

He retired from Test cricket in February 2021 to concentrate on preparations for that year's T20 World Cup but was not selected.

Days before South Africa's ill-fated campaign in that tournament began, he made 86 off 59 balls to play a key role in Chennai's fourth IPL win.

Du Plessis said he was "glad to accept" his new role at Bangalore, which have been tournament runners-up three times but have yet to win a championship.

"The work is just going to begin as we try to build off the success the team has enjoyed in previous years," he said.

"I will do my best to ensure a successful season this time."

His predecessor Kohli -- Bangalore's longest-serving captain, who since September has relinquished the India helm for all three formats -- will stay with the side for the coming season, which begins on March 26.

"I couldn't be happier to pass on the baton to a good friend, someone I've known over the years," Kohli said.

"He's one of the few guys I've gotten to know a little bit more apart from the cricket. My partnership with Faf is going to be exciting."