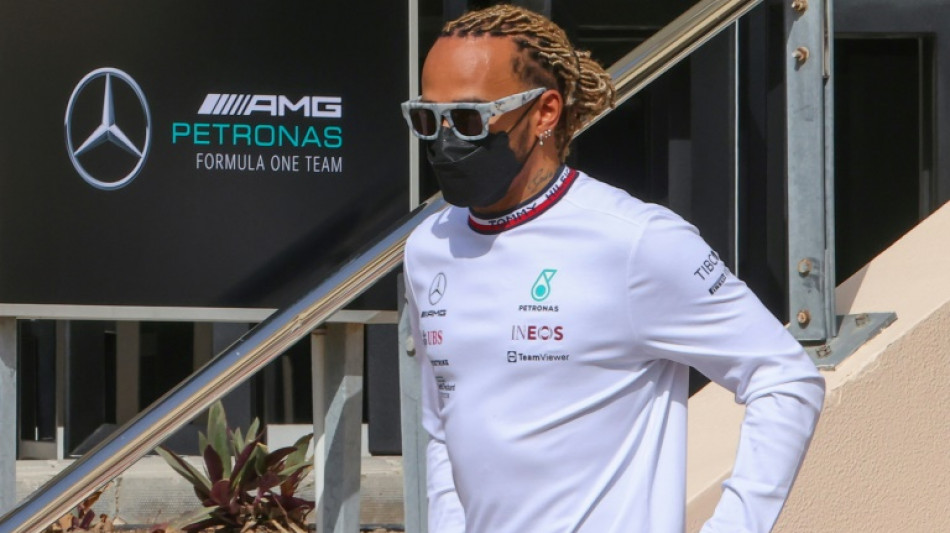 Lewis Hamilton says Mercedes "still have a lot of work to do" ahead of the season-opening Bahrain Grand Prix on the evidence of testing at the Sakhir circuit this week.

"I am sure everyone can figure that out, we are not the quickest at the moment.

"I think Ferrari look to be the quickest and perhaps Red Bull and then maybe us or McLaren," the seven-time world champion said on Saturday.

Mercedes unveiled a radical interpretation of the new technical regulations designed to promote closer racing with their 'no sidepod' car which they are counting on to power Hamilton to an unprecedented eighth world title.

But the Briton, beaten for last year's world title on the last lap of the last race by Max Verstappen of Red Bull, says from what he is told "we have considerable amount of pace to find".

"Obviously it's a little bit too early to have that kind of thoughts but at the moment I don't think we'll be competing for wins," he forecast.

With pre-season testing performances notoriously difficult to read Mercedes' grid rivals will take his cautious prognosis with a pinch of salt, if history is anything to go by.

Last year Red Bull ruled pre-season tests in Barcelona only for Hamilton to emerge the winner in Bahrain.

"People keep talking about whether we are talking ourselves down or not, but it's a bit different this year," he observed.

"Obviously next week, we'll got a much better showing of our pace but... I think people will be surprised, maybe?

"There is potential within our car to get us there, we've just got to learn how to extract it and fix some of the problems, which is what we are working on."