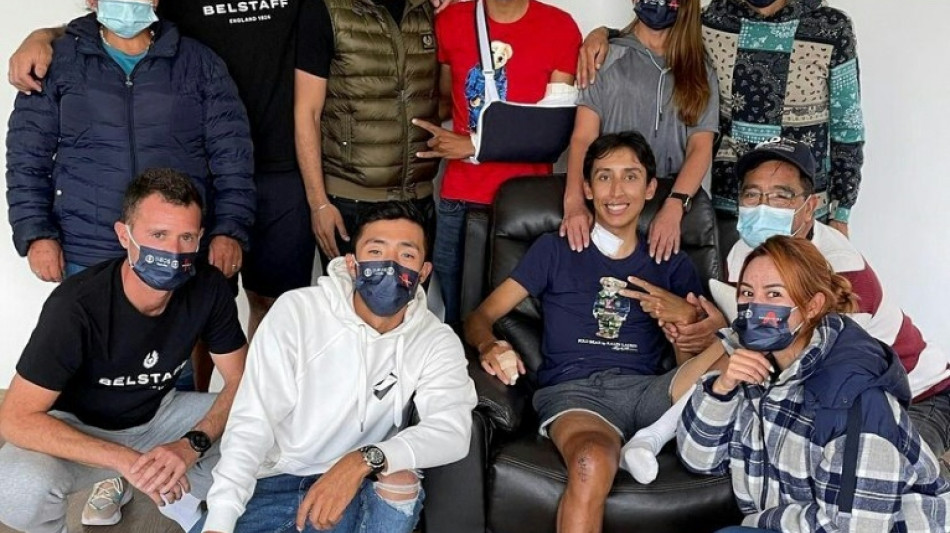 Ex-Tour champion Bernal back in training after brush with death / Foto: © AFP

Ex-Tour champion Bernal back in training after brush with death

Just six weeks after breaking around 20 bones Colombian cyclist Egan Bernal was back in training on Saturday with his team hoping he might even return to competitive action this year.

But on Saturday he posted a photo on Twitter showing him sitting sat upon his home-trainer bike, smiling broadly and giving the peace sign.

"Guess who is back on his bike and feeling great," Bernal wrote.

"As long as there is faith, everything is possible. And I want to tell you that when you really want something, nothing is impossible."

Bernal has said he "almost died" after smashing into the bus. The 25-year-old broke 11 ribs, a knee cap, a thigh bone, two vertebrae and a thumb, as well as puncturing both lungs.

Traffic police said he was "so focused" that he did not hear warning shouts from his teammates that the bus in front of him had stopped.

He underwent five bouts of surgery, and was discharged from the University Clinic of La Sabana, on the outskirts of Bogota, after two weeks.

"Egan is a top-level sportsman and his recovery skills are also above average," he said.

"He is working to get back as soon as possible. It could be 2023 but also the end of this year."

Bernal signed a five-year deal with Ineos in January just days before his accident.

"He has also shown that, in the challenging moments, he has a huge amount of courage to pick himself up, lay himself on the line and go again," he said.