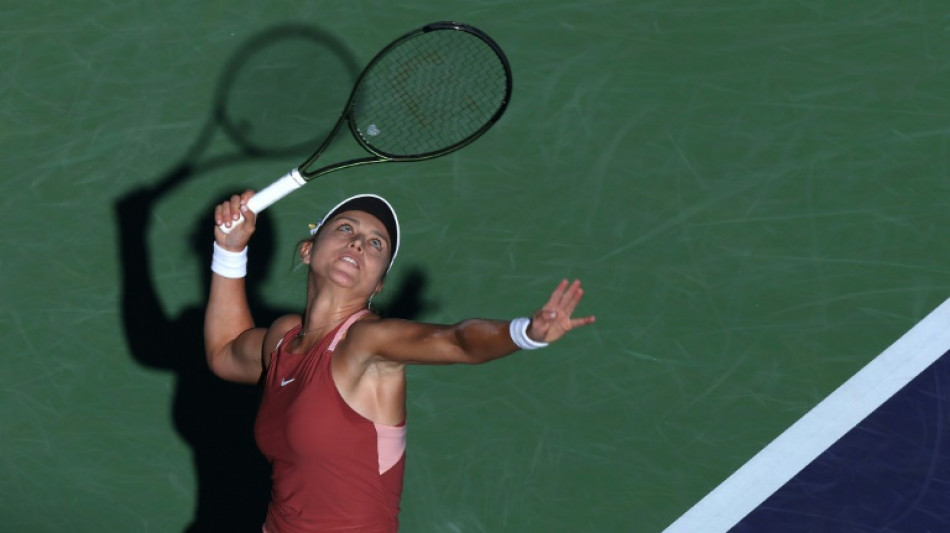 World number three Aryna Sabalenka, the highest-ranked woman in the Indian Wells WTA tournament, crashed out of her opening match on Saturday as Italian Jasmine Paolini rallied for a 2-6, 6-3, 6-3 triumph.

Sabalenka was seeded second in a tournament missing both world number one Ashleigh Barty and second-ranked Barbora Krejcikova.

Both were late withdrawals, Barty saying she hadn't had time to prepare after her Australian Open triumph and Krejcikova with an elbow injury.

Sabalenka got off to a strong start against the 46th-ranked Italian, but Paolini was able to capitalize on her struggles on serve that included 10 double faults.

"I mean, I'm so happy," said Paolina, who notched her first career win over a top-10 player. "I played an amazing match."

But Paolina admitted that after dropping the first set by a large margin, victory was the last thing on her mind.

Sabalenka's exit opens things up for former world number one Victoria Azarenka, seeded 13th, and sixth seed Maria Sakkari of Greece -- both in the same quarter of the draw.

Sakkari opened her campaign with a 6-3, 7-5 victory over Czech Katerina Siniakova.

Spain's Paula Badosa kicked off her title defense with a 6-2, 7-6 (7/4) victory over Czech Tereza Martincova.

Badosa had lost three prior meetings with Martincova, although all had come before the Spaniard launched herself into the top 10 with her Indian Wells victory in October, when a pandemic delay shifted the event from its usual March slot.

Badosa opened her year with a third career title in Sydney but was disappointed with early exits in Dubai and Doha.

She admitted she felt some nerves as she launched the defense of her biggest career title.

"Coming in here as defending champion is never easy," she said. "I really wanted to do well so of course I felt pressure."

But she was delighted to be back on the same Stadium Court where she beat former world number one Azarenka for the title last year.

"When I saw the court I was playing I got extra motivated," she said. "I really went for it."