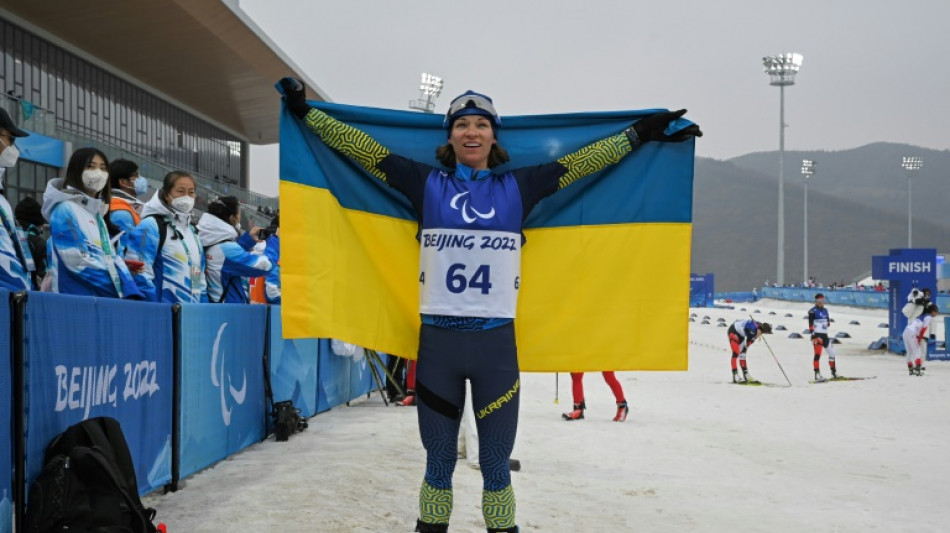 The flame will be extinguished on Beijing's Winter Paralympics on Sunday after a week of stellar performances from the host nation and Ukrainian athletes reeling from Moscow's invasion.

The Bird's Nest stadium will host the closing ceremony where China will hand the baton to Italy's Milano-Cortina, who will stage the 2026 Winter Games.

More than a week later, CCTV has not responded to the IPC's questions or provided any guarantees that it will not act in similar fashion during the closing ceremony.

The lead-up to the Games was overshadowed by controversy over whether athletes from Russia and ally Belarus should be allowed to compete.

The International Olympic Committee (IOC) had urged sporting federations across the world to exclude athletes from those nations.

The IPC initially said it would allow the athletes to compete as neutrals, but after threats of boycotts from other competitors and tensions rising in the athletes' village, organisers banned them from the Games.

After an arduous journey to get to the Chinese capital from their war-torn homeland, Ukraine's athletes lie a remarkable second in the medals table after their best performance in a Winter Paralympics.

The team had 28 podium finishes by Sunday morning, including 10 gold medals in biathlon and cross country skiing.

"To compete here at such a high level knowing their family and nation is under attack is just incredible," Parsons told reporters on Saturday.

"It's one of the most incredible displays of resilience I've ever seen in my life, in or outside of sport."

Host nation China emerged as the new Winter Paralympics powerhouse -- topping the medals table ahead of Ukraine with 18 golds and 59 medals in all.

China made their debut in 2002 but recorded their first gold, in wheelchair curling, at Pyeongchang in South Korea only four years ago. The scale of their success in Beijing has surprised some of their own athletes.

"We weren't really aware of our level before these Paralympic Games, because we haven't been competing abroad much lately," said Liu Sitong, 27, who won two bronze and one silver medal in women's sitting alpine skiing races.

On the last day of competition Sunday, the United States face Canada for para-ice hockey gold after China beat South Korea 4-0 on Saturday to claim the bronze.

"We want to encourage every person with a disability to live every day positively and believe that everyone has value and can contribute in every field," Chinese player Cui Yutao said.

"We formed the team in 2016 and we've basically been training behind closed doors since. We didn't go home for about three years -– all because we were chasing this dream," teammate Wang Zhidong said.

There are last-day medals also to be won in skiing's cross country relays and alpine events.