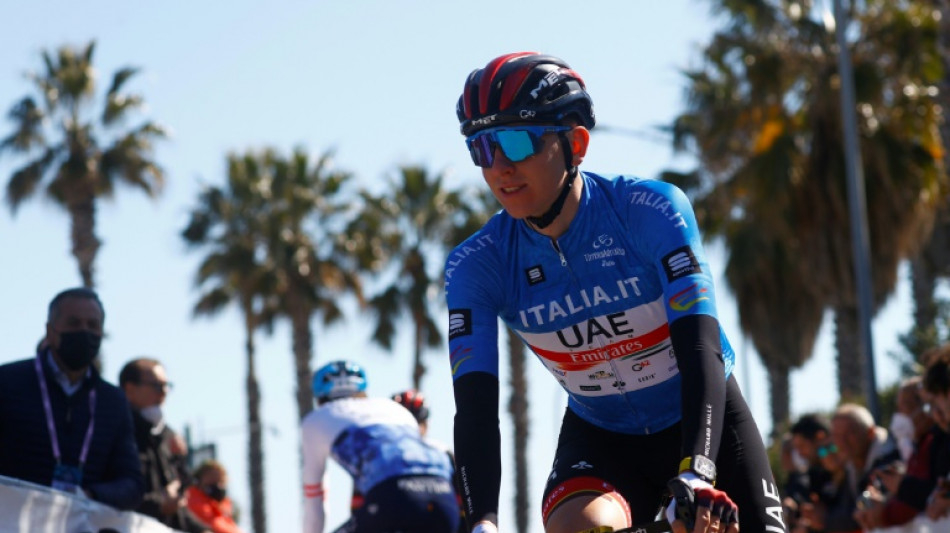 Tadej Pogacar won the Tirreno-Adriatico on Sunday to crown yet another triumph in a dominant start to the Slovenian's season, while Phil Bauhaus took the final sprint.

Pogacar, who rides for Team UAE, had effectively clinched the seven-day "Race of The Two Seas" when he took stage six on Saturday and built a near two-minute gap to his nearest rival Jonas Vingegaard.

The Tour de France champion rolled across the line at San Benedetto del Tronto on Italy's Adriatic coast with the main peloton to seal a third major win of the campaign, after the UAE Tour and the Strade Bianche last weekend.

Bauhaus took the sprint at the end of a 159-kilometre race after the main peloton absorbed a three-man breakaway of Manuele Boaro, Alessandro Tonelli and Jorge Arcas.

Tonelli was reeled in just before the race hit the final of five flat, 14.5km laps at the seaside finale while Boaro and Arcas finally gave up their effort heading into the final 8km.

That set up a thrilling finish as a huge group of riders tried to squeeze through a tight stretch of road, with Bahrain Victorious rider Bauhaus sliding up on the right to just edge Italian Giacomo Nizzolo of Israel Premier Tech after Intermarche's Norwegian Alexander Kristoff attacked too early.