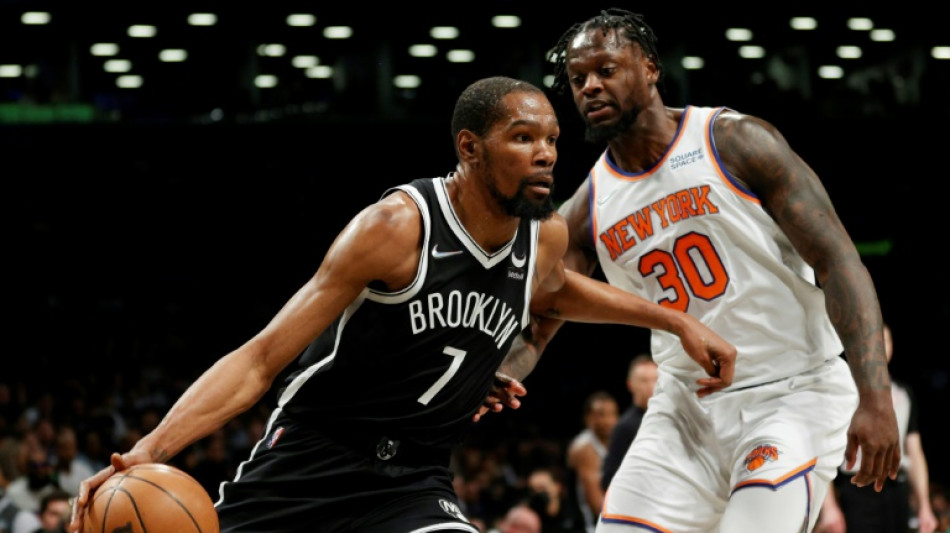 Kevin Durant erupted for 53 points to lead the Brooklyn Nets to a 110-107 victory over the New York Knicks on Sunday under the eye of teammate Kyrie Irving -- who couldn't play but attended as a spectator.

But relaxed rules for the unvaccinated in public spaces meant he could attend the game as a fan -- an anomaly that prompted frustrated comment from NBA rival LeBron James.

"It literally makes ABSOLUTELY ZERO SENSE!!!" James tweeted as pictures of Irving courtside made the social media rounds. "They say if common sense was common then we'd all have it. Ain't that the truth."

Without Irving, who so far this season has been limited to playing away games, and with new acquisition Ben Simmons yet to make his Nets debut, it was again up to Durant to carry Brooklyn.

Despite defensive pressure from the Knicks Durant scored 53 points with six rebounds and nine assists.

He drilled a three-pointer with 56.3sec remaining that pulled Irving out of his seat and put the Nets up for good 106-103.

Durant posted the eighth 50-plus point game of his career and his second this season.

Only two other players, Irving and James, have reached the half-century mark in at least two games this season.

As good as Durant was on the floor, many Nets fans were just as vocal in their appreciation of Irving amid hopes that changes in New York regulations will allow him to play full time by the time the playoffs roll around on April 16.

NBA commissioner Adam Silver is among those who have ventured to say the regulations that bar Irving from competing in New York -- while unvaccinated players from visiting teams can take the court there -- "doesn't quite make sense."

New York City mayor Eric Adams removed the public sector vaccine and mask mandates in February so that the unvaccinated were allowed in public spaces such as bars and venues like the Barclays Center.

But he said at the time that while the private sector mandate requiring employees of New York-based businesses to be vaccinated remains in place, no exception will be made for Irving no matter how illogical that appears.

Adams, who sacked more than 1,000 city workers who refused to get the vaccine, said such an exception would "send the wrong message."

At a public appearance on Sunday the mayor was heckled by a fan asking why Irving can't play.

"Listen, you're right," Adams shot back. "Kyrie can play tomorrow. Get vaccinated." 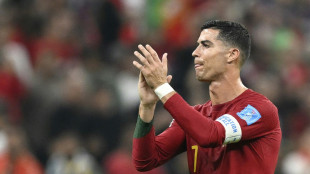 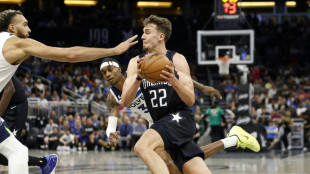