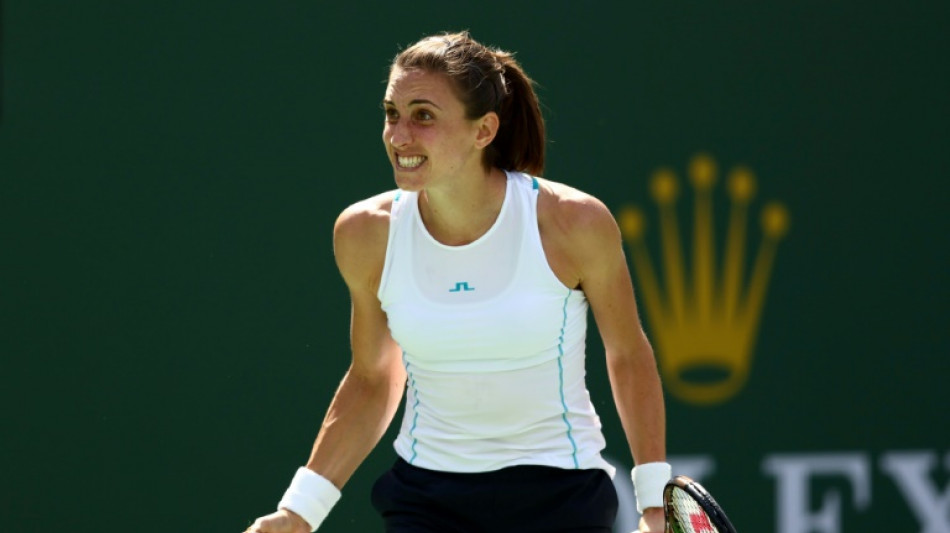 US Open champion Emma Raducanu suffered another disappointment Sunday, bowing out in the third round of the Indian Wells WTA and ATP Masters in a 6-7 (3/7), 6-4, 7-5 loss to Petra Martic.

The 19-year-old Briton, who stormed to an unlikely title as a qualifier at Flushing Meadows last year without dropping a set, served for the match at 5-4 in the third.

But the 13th seed couldn't muster a match point and lost the next three games, a string of forehand errors spelling the end of her challenge in a final loss of serve.

It's just the latest setback for Raducanu, who was ousted in the second round of the Australian Open in January.

She was the top seed at Guadalajara last month when a hip injury forced her to retire from her first-round match.

In seven tournaments since her US Open triumph, her best run was into the quarter-finals of the Transylvanian Open in October.

Martic, ranked 79th in the world, notched her first win over a top-20 player in more than two years.

Kovinic had taken down seventh-seeded Karolina Pliskova in the second round, but couldn't engineer another upset in the face of Samsonova's big game.

Rublev, on the rise after titles in Marseille and Dubai this year, next faces either Frances Tiafoe or Brandon Nakashima.

Rublev got off to a slow start, falling 4-2 down before breaking 51st-ranked Koepfer twice to pocket the first set.

The second set was just as close. After breaking for a 4-3 lead Rublev immediately surrendered his serve, but he broke Koepfer to lead 5-4 and then survived three break points to close it out with a service winner.