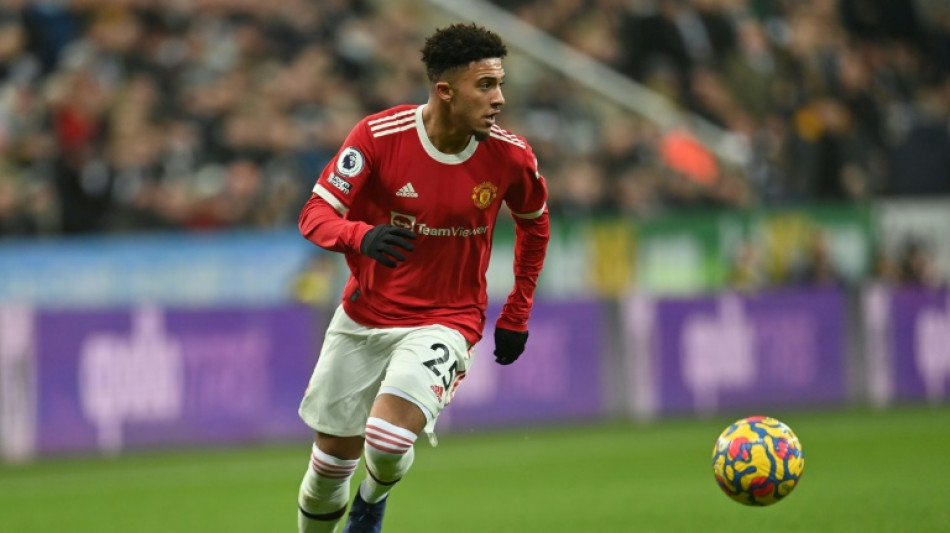 Sancho arrived at Old Trafford from Borussia Dortmund for a fee of £73 million ($95 million) in July following a protracted pursuit by United but struggled to make an impact under Ole Gunnar Solskjaer.

The England forward, who did not score a goal until November, has been a regular starter under Rangnick, who took over the reins at Old Trafford after Solskjaer was sacked in the same month.

The 21-year-old produced another impressive performance as United beat Tottenham 3-2 on Saturday, providing the assist for the second goal of Cristiano Ronaldo's hat-trick.

Rangnick said he was excited by Sancho's return to form.

"They paid quite a few pounds for him in order to lure him away from Borussia Dortmund and if you pay that amount of money in a transfer fee for a player he should perform on this kind of level," said the German.

"At the end, they are all human beings. The mere fact he cost a lot of money does not mean that he is playing at that level to start with.

"He told me that of course it was a problem for him to get adjusted to the intensity of the league, to the physicality of the league. Now he has managed to do that. I'm happy to see him play at that kind of level right now."

Rangnick said the winger "is now getting closer to the Jadon Sancho I've known from Germany", adding "in the end it's all about confidence".

"When I came here it was clear we had to try everything to help him to get the best version of himself," the interim boss added.

Despite their win against Spurs, United face a tough task to qualify for the top four, which guarantees entry into next season's Champions League. They are one point behind fourth-placed Arsenal, who have three matches in hand.