Berliner TageBlatt - Dybala, Chiellini and Bernardeschi back for Juve in Villarreal decider 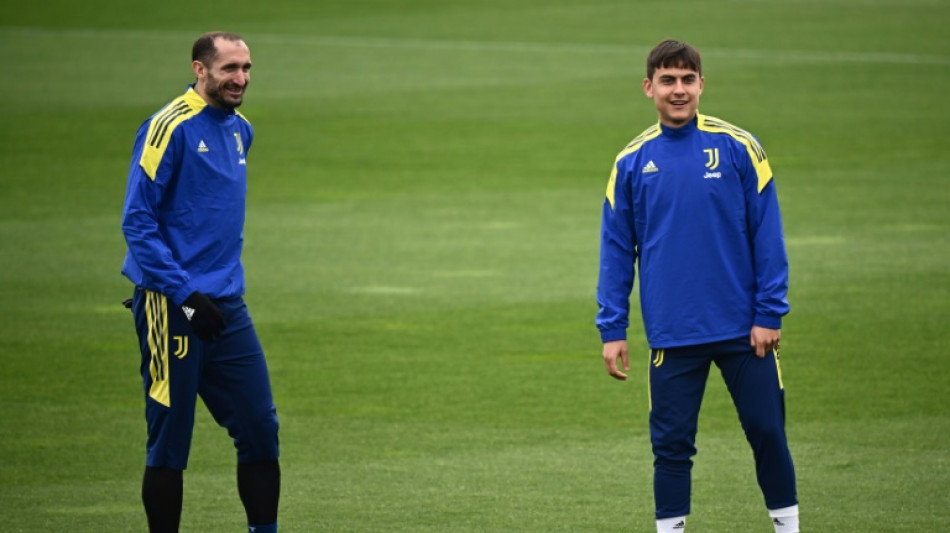 Dybala, Chiellini and Bernardeschi back for Juve in Villarreal decider / Foto: © AFP

Dybala, Chiellini and Bernardeschi back for Juve in Villarreal decider

Massimiliano Allegri has reinforcements for Juventus' Champions League decider with Villarreal after he confirmed on Tuesday that Paulo Dybala, Giorgio Chiellini and Federico Bernadeschi will be available.

Juve host the Europa League holders at the Allianz Stadium on Wednesday with their last 16 tie locked at 1-1, and the return of key players is a boost to the Italians who have had to deal with a long injury list in recent weeks.

Coach Allegri said that the trio will give him options from the bench after returning to training with the Serie A club.

"Let's hope we can win in the 90 minutes because otherwise we'll need 120, and tomorrow substitutions will be crucial," Allegri told reporters.

"Chiellini, Dybala and Bernardeschi don't have 90 minutes in their legs so they can be quality substitutions for us."

Leonardo Bonucci won't make it as the Italy defender hasn't shaken off a calf problem which has dogged him since last month, while Alex Sandro is also out with a calf issue of his own.

Dusan Vlahovic, who has given Juve a new lease of life since arriving in January, will start, most likely alongside Alvaro Morata who is newly happy in Turin and in form.

"Morata is in good form, but it's not like he suddenly became a bad player in the last six months," added Allegri.

"Having someone play as the main centre-forward is, not easier as such, but he plays better because it allows him to play to his strengths.

"With Vlahovic as his partner he can move more around the pitch."

Villarreal boss Unai Emery said that he was assessing whether striker Gerard Moreno would feature as the Spain international slowly recovers from a calf injury.

The 29-year-old hasn't featured since early February but Emery suggested he could play a role on Wednesday.

"He is working with the squad, we are going to be very cautious when making our decision," said Emery.

"Being with the squad is already a big effort and if he were to play we'd want him at his best. In any case I trust the team unit beyond any one particular individual."