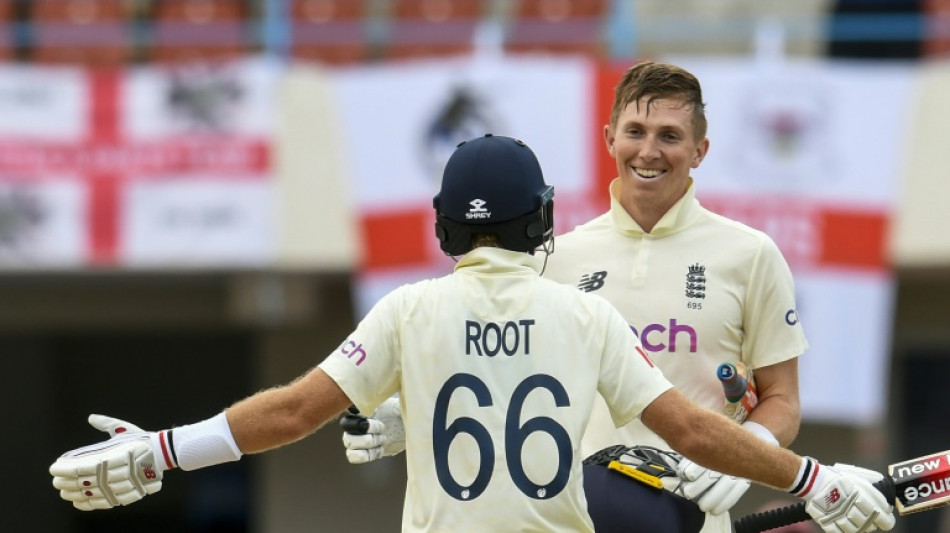 Mahmood to debut as England, Windies reset for second Test

West Indies and England square off in the second Test of a three-match series on Wednesday at Kensington Oval in Barbados, with expectations of a repeat of the batsman-friendly conditions which resulted in a drawn first Test in Antigua.

In stark contrast to the pitches for their previous series in the Caribbean in 2019 when the hosts' fast bowlers dominated in Barbados and Antigua before Mark Wood led the charge for the tourists in claiming a consolation win in St Lucia, pacers look set for another tough workout over the next five days.

With Wood sidelined by an elbow injury suffered during his first-Test exertions and Ollie Robinson still not recovered fully from back spasms experienced in the warm-up match, Saqib Mahmood gets a Test debut for England at the venue where he took a hammering in the T20 international series played between the teams seven weeks earlier.

That is the only change expected in a visiting side which sensed a chance of victory on the final afternoon of the first Test when the West Indies stumbled to 67 for four facing an unlikely victory target of 286, before Nkrumah Bonner and former captain Jason Holder defied their opponents for three hours to ensure a stalemate.

"He's very mature for a guy who hasn't played a huge amount of international cricket," England captain Joe Root said of Mahmood on Tuesday. "He's been very impressive. He's got a slightly different trajectory and will give us a point of difference."

Root also addressed the assertion by West Indies' T20 specialist Carlos Brathwaite that the touring captain was disrespectful in choosing to call off the victory effort only in the final scheduled over when there were fewer balls available than wickets needed.

"I think it was slightly unfair to say that," he contended. "I don't think there was anything wrong with our approach at all. Given the opportunity to do it again we'd go about it the same way."

Root pointed out that he had done the same thing against Australia at Lord's in 2019 and also wanted spinner Jack Leach to pick up one or two more wickets.

West Indies are likely to replace middle-order batsman Shamarh Brooks with fellow Barbadian Kyle Mayers who offers the additional dimension of occasional medium-pace to go with his hard-hitting left-handed batting.

Notwithstanding the pitch's placid appearance, West Indies captain Kraigg Brathwaite is eagerly anticipating the contest, even if the home match feels like an away contest given the usual spectacle of English fans heavily outnumbering the local supporters at Kensington Oval.

"It's pretty normal against England, especially with the 'Barmy Army' in town," Brathwaite acknowledged. "I don't mind it because it creates a lot of energy. Beating England in that situation makes it even more satisfying."

Despite early success in the Antigua Test and a 64-run first innings lead, West Indies were unable to press home the advantage, so the captain is anticipating a greater effort from his bowlers.

"It's about being a little more disciplined, especially in mid-innings and keeping it tight to get a few more wickets," Brathwaite noted.

But he did not want to draw any comparisons with the 2019 series-opener at the same venue when senior pacer Kemar Roach led the rout of England for 77 in the first innings on the way to a 381-run demolition of the visitors.

"We can draw on it yes, as far as that winning feeling, but this is a different situation: different pitch, different circumstances," he said.

Roach goes into the match with a tally of 235 Test wickets, seventh on the all-time list of leading West Indies wicket-takers and level with Garfield Sobers, whose name adorns the players' pavilion at Kensington Oval and who is generally considered the greatest all-rounder in the history of the game.