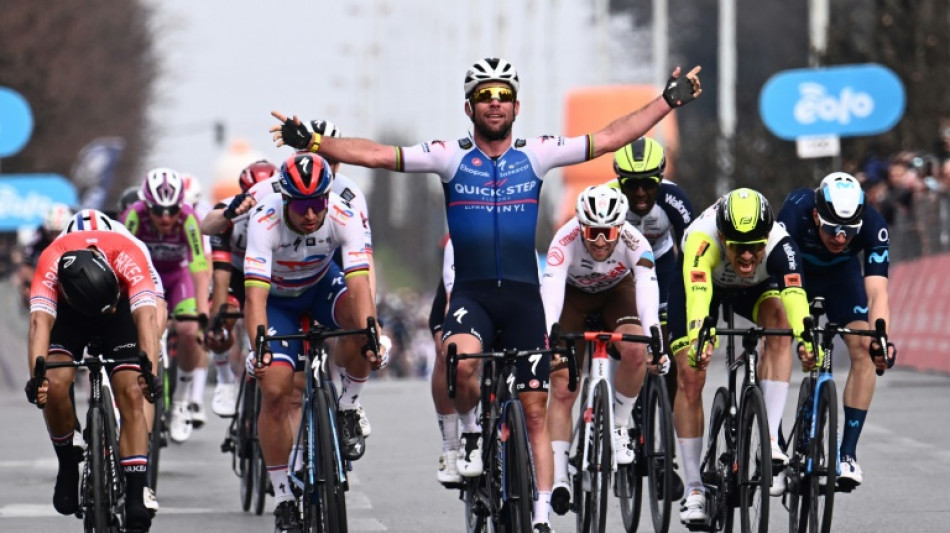 Mark Cavendish won the Milano-Torino cycling race on Wednesday by taking the bunch sprint to claim his 159th career victory.

Quick-Step rider Cavendish burst ahead of the pack in the final hundred metres at the end of a largely flat 199-kilometre race which wound its way from Magenta, to the west of Milan, to Rivoli on the outskirts of Turin.

This year the race offered a perfect climax for sprinters after nine of the last 10 finished on the Superga hill which looms over Turin and Cavendish took full advantage, seeing off a strong field which also included three-time world champion Peter Sagan.

It was a big win for the 36-year-old Briton, who becomes the race's oldest winner, with Milan-San Remo coming up on Saturday.

By the time the race entered its final 20km a three-man breakaway group of Daniel Viegas, Martin Marcellusi and Juan Diego Alba which had led the race almost all day was finally caught.

Education-EasyPost rider Ben Healy then made a burst but he was reined in by the peloton with 4km remaining, setting up a mass attack for the line from the heavy hitters.

And Cavendish crossed with his hands held aloft to show that he is still a force to be reckoned with after a disappointing time in the Tirreno-Adriatico won by Tadej Pogacar at the weekend.