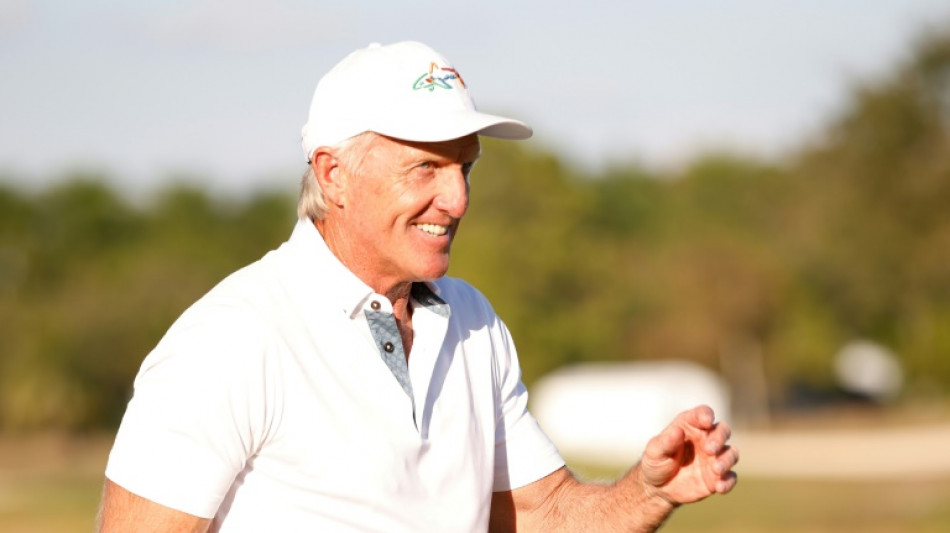 A long-discussed rival for the US PGA Tour unveiled details for a 2022 season on Wednesday, with a June start in London and four US events, according to multiple media reports.

The Saudi Arabian-backed LIV Golf International Series will feature eight tournaments with $255 million in prize money, the last of them a team match-play championship in October, according to Golf Channel, Golfweek, Golf magazine, ESPN and Sports Illustrated.

"In many ways, we're a start-up. We have a long-term vision and aim to grow. I believe we have a very bright and exciting future."

One crucial thing that was not revealed was the list of players that might be taking part in the 54-hole, no-cut events that feature team and individual competition and fields of up to 48 players across 12 four-man teams decided by a tourney-week draft.

Six-time major champion Phil Mickelson, who last year at age 50 won the PGA Championship to become the oldest major winner in golf history, is among those often mentioned in connection with the upstart series, but the US left-hander is far from the only one thought to be interested in the series.

The series calendar, according to reports, is set to commence June 9-11 in London at Centurion Golf Club. That's the same week US PGA players would be at the Canadian Open and a week before the US Open is scheduled June 16-19 at The Country Club in Brookline, Massachusetts.

US PGA Tour commissioner Jay Monahan has said players competing in any rival series would face banishment from PGA events while Norman has countered by saying such a ban would be illegal because players are independent contractors who can play where they want.

Four US tournaments would follow on the LIV series, starting July 1-3 at Pumpkin Ridge in Portland, Oregon with the next July 29-31 at Trump National in Bedminster, New Jersey.

This year's PGA Championship, set for May at Southern Hills in Tulsa, had been originally set to be played at Trump Bedminster but was moved in January 2021 when the PGA of America decided staging the event there would be "detrimental" to its brand.

The Portland tournament would be opposite the PGA's John Deere Classic and the Trump National tournament at the same time as a PGA event in Detroit.

Other US events would be played September 2-4 at Boston at The International -- the week after the PGA's season-ending Tour Championship -- and September 16-18 at Rich Harvest Farms in Chicago.

The LIV Golf series would move to Bangkok on October 7-9, Saudi Arabia on October 14-16, and October 28-30 at a venue to be determined.

The seven regular LIV Golf events would each have $25 million in prize money, the heftiest purses in golf, with $20 million for individuals and $5 million divided among teams.

Three top players after the seven "season" events would divide $30 million in bonus money. Another $50 million would be paid out at the team finale.

Monahan said last week at the Players Championship that the PGA wouldn't be worrying about reports of a rival series starting and who might play, saying, "The PGA is moving on."

Many top players have voiced their support for the PGA when asked about the Saudi-backed plan, including Rory McIlroy, Justin Thomas, Jon Rahm and Collin Morikawa.