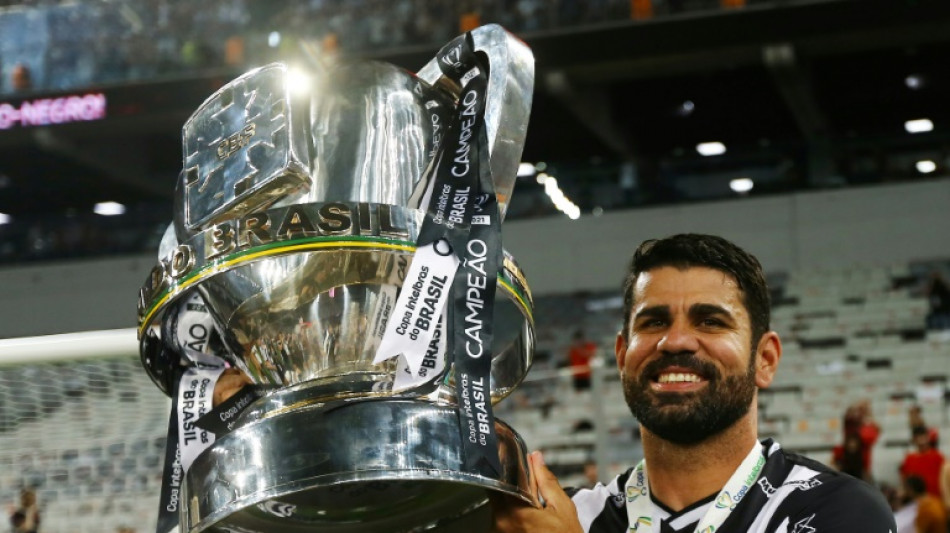 Brazil-born Costa had spent almost his entire senior professional career in Europe before moving to Atletico in August 2021.

He was capped twice by Brazil in 2013 friendlies before acquiring authorization to switch nationalities and play for Spain, where he has played the majority of his career.

"Today I'm officially leaving Atletico. I want to thank all the fans for the warm support and affection I received from the first day," Costa said in an Instagram post on Sunday night.

His short stint in the city of Belo Horizonte was a successful one as Atletico sealed a league and cup double in 2021.

Costa's contract had been due to run until the end of this year.

Until joining Mineiro, Costa had never played senior football in his homeland, having moved to Portuguese side Braga as a 17-year-old in 2006.

"Thanks for being part of my childhood dream: to play in Brazilian football and win trophies," added Costa in his post, alongside a photo of him holding the Brazilian Serie A trophy.

It was the club's first title in half a century.

He suffered from injury problems during his time with the club and was eclipsed by former Brazil international forward Hulk, 35.

Brazilian media have speculated that Costa could be on his way to Sao Paulo giants Corinthians.

He played in two World Cups for Spain and reached the Champions League final with Atletico Madrid in 2014.