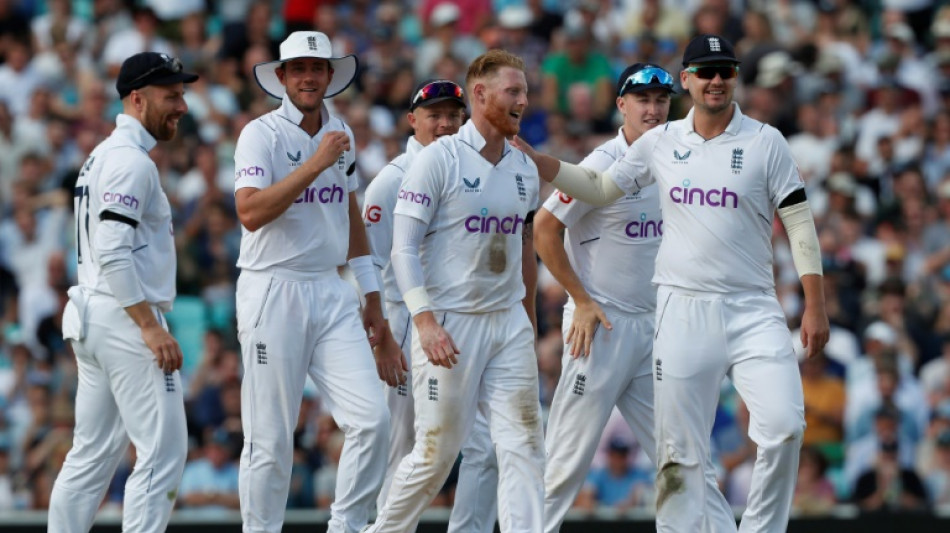 England were set a target of 130 to win the third Test against South Africa, and with it the series, at The Oval on Sunday.

South Africa were dismissed for 169 -- the highest total so far of a low-scoring match - in their second innings on the fourth day, with no Proteas batsman making more than captain Dean Elgar's 36.

Only one England bowler since the end of the Second World War has taken more wickets at a better average –- express quick Frank Tyson, whose 76 Test wickets cost just 18.56 apiece.

Victory would mean England had won six of their seven Tests since a new leadership duo of Stokes and coach Brendon McCullum took charge at the start of this season.

The climax to a three-Test series, currently level at 1-1, has effectively been reduced to a three-day game.

Thursday's opening day was washed out without a ball bowled before Friday's play was abandoned following the death of Queen Elizabeth II.