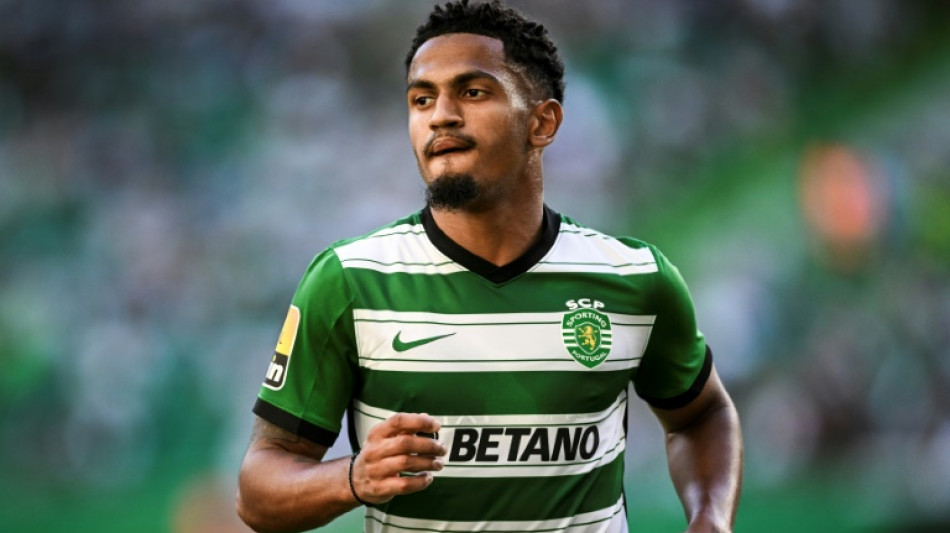 Once hailed as the future of Tottenham, Marcus Edwards will have the chance to show why he was touted as the next Lionel Messi when the Sporting Lisbon forward faces his old club in the Champions League on Tuesday.

Edwards burst onto the Champions League stage with a dazzling display in Sporting's 3-0 win against Eintracht Frankfurt last week.

The 23-year-old English winger marked his maiden Champions League start with his first goal in the competition, also providing an assist to remind Tottenham of the talent that briefly led him to be the Premier League club's brightest young star.

Edwards' career has taken a long and winding road since his teenage years, but he is relishing the chance to face Tottenham when Antonio Conte's side visit Lisbon for this week's Group D clash.

Born in the north London suburb of Enfield, Edwards dreamt of playing for Tottenham just a few miles down the road from his home.

That ambition was fulfilled when Edwards joined the club's youth academy and made his debut as a substitute in a League Cup tie against Gillingham in 2016.

Edwards' flamboyant style of play was inspired by hours spent gazing in awe at YouTube clips of Neymar and videos of Zinedine Zidane and Ronaldinho supplied by his father.

Edwards' quick feet and skill impressed then Tottenham boss Mauricio Pochettino so much that the Argentine compared the teenager with Barcelona superstar Messi.

"His qualities, it's only looks, his body and the way that he plays, remember a little bit from the beginning of Messi," Pochettino said.

Yet Edwards, hampered by a serious ankle injury that required surgery, struggled to live up to Pochettino's hyperbole.

He was loaned to second-tier Norwich in January 2018, but made just one appearance before returning to Tottenham for "personal reasons".

Edwards also spent time on loan with Dutch side Excelsior before his Tottenham dream came to an abrupt end amid concerns over his work ethic and fears Pochettino's praise had gone to his head.

Leaving Tottenham without making a single Premier League appearance, he made what proved a transformative move to Portuguese club Vitoria Guimaraes in 2019.

"There was a period where I was really close to getting into the team and then I ended up getting injured. I was out for like six or seven months, but that happens," he said.

"Obviously, I wanted to play for Tottenham more times than I did because that's my childhood club, but I don't dwell on it. I just move on."

Rather than be defeated by his exit from Tottenham, Edwards gratefully seized the chance for more playing time.

His fine form included a memorable Europa League goal back in north London against Arsenal.

"It wasn't difficult. I was still young. I didn't look at it as a step back," Edwards told the ADN de Leao podcast of his move to Portugal.

"The main reason was they were in the Europa League. I saw it as an opportunity that I could grab with both hands."

Edwards' rise to prominence in Portugal convinced Sporting boss Ruben Amorim to sign him for a reported initial fee of 7.67 million euros ($7.78 million) in January.

He has already established himself as a popular figure with Sporting fans, making his Champions League debut against Manchester City last season.

Adapting to his new life in a foreign land has been helped by Amorim's good grasp of English.

"I was surprised but his English is good," Edwards said.

"(It's a) brilliant club. I am very happy. I wasn't nervous but it takes a bit of time to feel comfortable."

While Edwards is thriving ahead of his meeting with Tottenham, he admits Lisbon will never surpass London in his heart, especially while his favourite meal isn't available in Portugal.

"I love London too much. My takeaway foods, like Nandos!" he smiled. 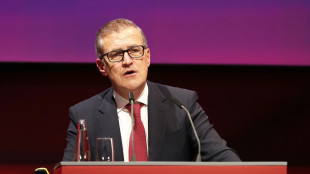