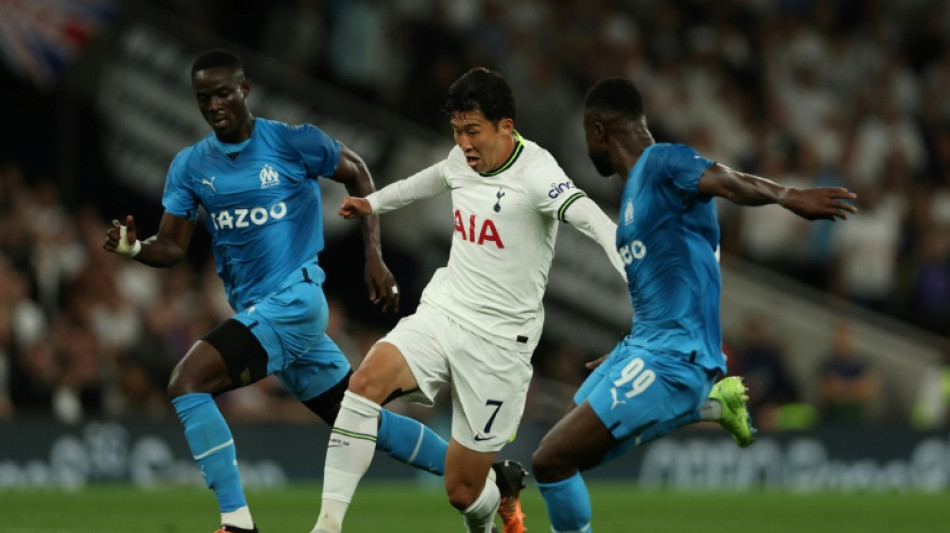 Son has gone eight games without a goal since the start of this season after another disappointing performance in Tottenham's 2-0 Champions League loss at Sporting Lisbon on Tuesday.

The 30-year-old's barren run is a stark contrast to last season, when he finished as the Premier League's joint top-scorer alongside Mohamed Salah.

Conte must decide whether to keep faith with Son for Saturday's Premier League clash with struggling Leicester, who could represent ideal opponents for the forward to finally get back on track.

"I think Sonny, for sure, is not happy because he's not scoring. It's normal and I like that he's a bit angry with this situation because it means that he wants to try to change it, also because we need him," Conte told reporters on Friday.

"We are talking about Sonny and he's a really important player for us. At the same time, it can happen, especially when you play massive games, you can be a bit tired mentally, also your body, so it can happen.

"But I repeat Sonny for me would be never, never a problem. We are talking about one of the best two players that we have in our team.

"For sure it can happen that in some games he can't play from the start, like Harry (Kane) also. But only to protect him, to give the possibility to rest, to take care of his energy and to bring us to win.

"We are talking about players that during the game, they are decisive and we need to have these players always to be at the top."

Dejan Kulusevski is pushing for a place in Tottenham's attack but Son hasn't been left on the bench for his club when fully fit since a 2020 trip to Bournemouth.

Since then the South Korean has played almost every minute when available for Tottenham and hit the 20-goal mark in each of the last two campaigns.

"When you score a lot of goals, the following season is more difficult because you are not an underdog, but are starting like you are the first top scorer up there with Mohamed Salah," Conte said.

"And again I repeat - Sonny has a lot of credit with me, with his team-mates, with the fans and with the whole environment. For this reason, Sonny for me will never be a problem."