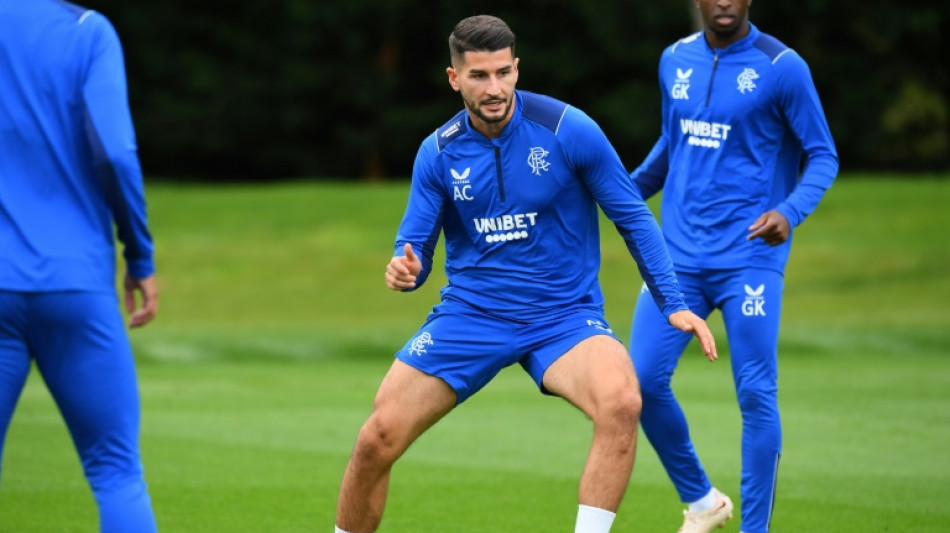 Antonio Colak celebrated his 29th birthday by scoring twice as Rangers ended a three-match losing streak with a 2-1 win at home to basement club Dundee United in the Scottish Premiership on Saturday.

Rangers moved to within two points of leaders and Glasgow arch rivals Celtic, with the Scottish champions away to St Mirren on Sunday.

Returning Croatia striker Colak needed a mere eight minutes to give Rangers the lead but otherwise it was a frustrating first half for the Ibrox faithful.

Colak, however, did double the lead four minutes after the break.

But Rangers failed to put the result beyond doubt and Dundee United defender Liam Smith pulled a goal back in the 59th minute to ensure a nervous last half-hour for the home side.

Rangers' 3-0 midweek defeat by Italian side Napoli in the Champions League meant the Ibrox club had conceded 11 goals and scored none in three games, turning Saturday's encounter into a must-win fixture.

The forward gave Rangers the lead after being played in by captain James Tavernier, with the forward taking a touch before shooting low past United keeper Carljohan Eriksson for his eighth goal of the season.

But far from opening the floodgates of a United defence that conceded nine goals against Celtic at Tannadice last month, it was the visitors who had the next chance with Ryan Jack off target with a drive from 16 yards out.

United appealed for a penalty early in the second half when Tony Watt went down under pressure from Gers left-back Borna Barisic but referee Kevin Clancy was unmoved.

Barisic then played a key role in the Gers' second goal, his cross from the left knocked in at the near post by Colak.

However, moments after Sadat Anaku came on the United substitute was involved in the build-up to their goal with Jamie McGrath playing in Smith, whose low drive came off veteran goalkeeper Allan McGregor and flew high into the net.

The game was still in the balance but Rangers held on to the relief of their supporters.

Livingston moved up to third with Colombian star Cristian Montano's header proving the difference in a 1-0 win at home to Kilmarnock.

Joe Campbell scored two second-half goals as Hibernian came from behind to beat 10-man Aberdeen 3-1 at Easter Road after Luis Lopes had given the visitors an early lead before Martin Boyle equalised from the penalty spot.

St Johnstone and Ross County shared the points after a goalless draw.