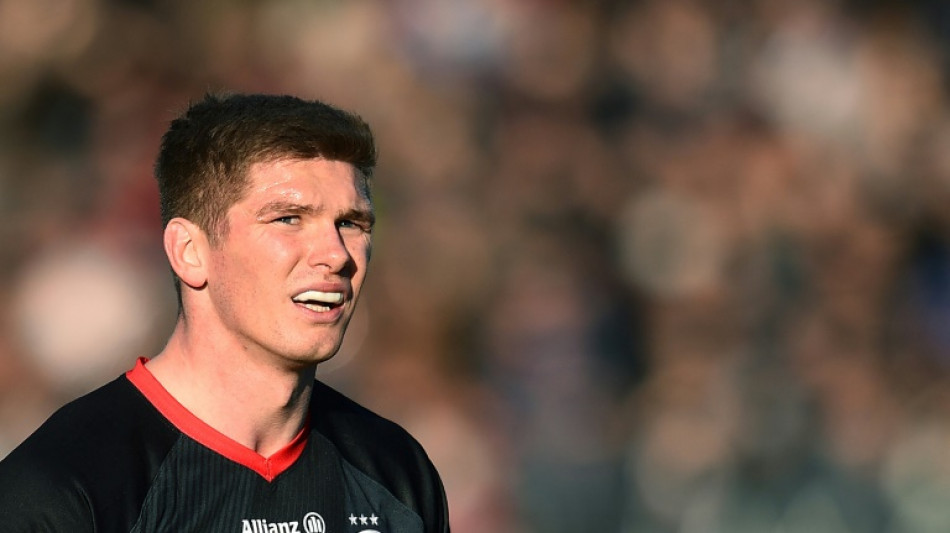 Saracens supremo Mark McCall defended the stand-down policy that saw several England stars feature in a 30-27 win away to London rivals Harlequins in the Premiership on Saturday.

Quins and England fly-half Marcus Smith was prevented from playing by the same rule in the capital derby but Saracens could call on the services of man-of-the-match Billy Vunipola, Owen Farrell and Maro Itoje as they overcame an early 17-0 deficit.

And they fielded two more experienced England internationals at the Twickenham Stoop, with front-row forwards Mako Vunipola and Jamie George coming off the bench.

All five of that quintet were involved in England's tour of Australia in July, which ought to have meant they were then each unavailable for a further 10 weeks.

But, in part because of what was deemed to be a relatively lighter workload last season, they were all cleared to play this weekend by the bodies overseeing the directive -- a group that includes England head coach Eddie Jones, the Rugby Football Union, Premiership Rugby and the Rugby Players' Association.

The same regulation, however, was deployed to keep Smith out of action, leading to questions over the worth of the player-welfare measure.

McCall, having seen his side launch their campaign with a hard-fought win -- Saracens had a bye last week in a 13-team league -- said a degree of flexibility was required when it came to applying the procedure.

"We chose to start Maro, Billy and Owen and they were a big part of why we won," he said. "Jamie's and Mako's experience coming off the bench at this kind of place is good, but it was a good team performance."

Former Ireland international McCall, who saw Saracens score four tries from 17-0 down, including two from wing Max Malins, added: "Our players haven't had a big load over the last couple of years when you think about the Championship year when we didn't play any rugby until March.

"It's very important that there isn't a general rule for everybody. It shouldn't be a one-size-fits-all. It should be a case by case basis."

Quins counterpart Tabai Matson refused to publicly criticise the regulation after seeing his side squander a commanding lead.

"We have a discussion and whether we get a thumbs up or thumbs down, they (the rugby authorities) give us a reason. We accept that and move on."

Reigning champions Leicester bounced back from last week's defeat by Exeter with a 36-21 win at home to Newcastle where Fiji's Nemani Nadolo scored two of their five tries.

"There's plenty of things we have to do better, that's always the way," said Leicester boss Steve Borthwick, a former England captain. "Ultimately, we played against a very dangerous team today and got away with a bonus-point win."

Sale overcame an early red card for prop Nick Schonert following a head-high challenge to make it two wins out of two with a 37-20 defeat of Bath, while Northampton overcame London Irish 38-22 and Bristol came from behind to beat Wasps 23-8, with Callum Sheedy scoring 18 points.