Berliner TageBlatt - Dolphins rally to down Ravens in NFL thriller 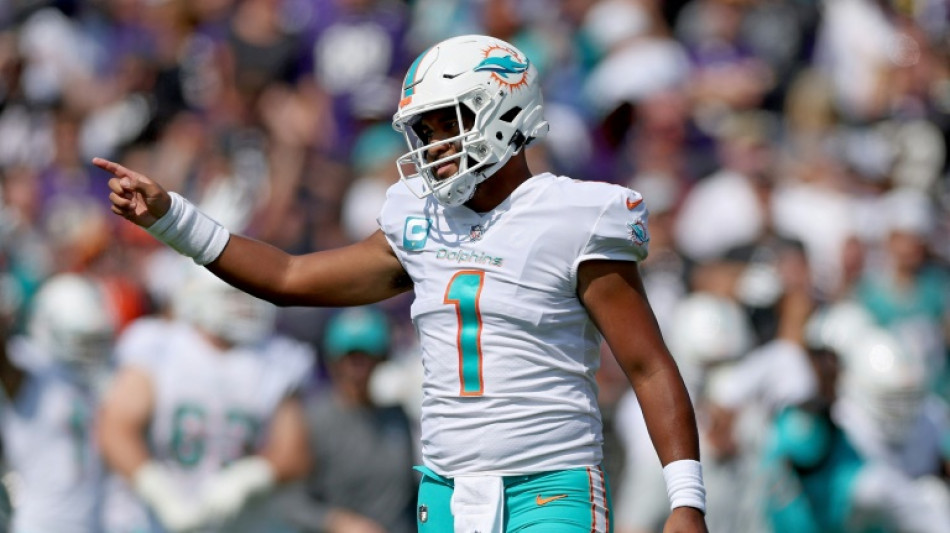 Dolphins rally to down Ravens in NFL thriller / Foto: © AFP

Dolphins rally to down Ravens in NFL thriller

Dolphins quarterback Tua Tagovailoa, intercepted twice in the first half, threw four fourth-quarter touchdowns to take his tally to six for the game as Miami roared back from trailing 35-14.

It was just one of the highlights of the day's early games, which saw the New York Jets conjure some last-minute magic in a 31-30 victory over the Cleveland Browns while Tom Brady and the Tampa Bay Buccaneers finally solved the riddle of the New Orleans Saints with an emotional 20-10 triumph.

The Dolphins' win in Baltimore marked the first time since 2005 that they came back from as many as 21 down in the fourth quarter to win.

Jackson and the Ravens had dominated for three quarters, Jackson throwing three touchdowns and rushing for 119 yards on nine carries.

That included Jackson's career-long 79-yard rushing touchdown, which saw him top 100 yards on the ground for the 11th time in his career -- topping the NFL record for most 100-yard rushing games by a quarterback he had shared with Michael Vick.

His sixth touchdown pass was a seven-yarder to Jaylen Waddle with 14 seconds remaining, set up by a 28-yard run by Chase Edmonds.

Waddle caught two touchdowns and Tyreek Hall had 11 catches with two touchdowns for the Dolphins, who came away the victors after Baltimore's last-gasp pass in the waning seconds came up short.

In Cleveland, the Jets looked headed to a second straight defeat, but quarterback Joe Flacco had other ideas.

The Browns had taken a 13-point lead with 1:55 remaining on Nick Chubb's third rushing touchdown, which was followed by a missed extra-point attempt.

Flacco connected with Corey Davis for a 66-yard score with 1:22 remaining and, after the Jets recovered the ensuing onside kick, Flacco -- filling in for injured Zach Johnson, piloted the drive capped by his pass to Wilson.

Cleveland had a final chance, but quarterback Jacoby Brissett was intercepted by Ashtyn Davis with six seconds to play.

Seven-time Super Bowl champion Brady had been 0-4 against the Saints in the regular season since joining the Buccaneers, and he was plenty frustrated as Tampa Bay again struggled to get the offense going against the NFC South division rivals.

The Bucs trailed 3-0 at halftime, wasting two scoring opportunities with mistakes in short-yardage situations, but as in their season-opening win at Dallas, they were buoyed by their defense, which finished with six sacks.

Early in the fourth, frustrations boiled over on both sides as Bucs receiver Mike Evans and Saints cornerback Marshon Lattimore were ejected after their shoving match sparked a brawl at midfield.

Brady helped incite the incident when he complained about a non-call on what he thought was pass interference. But he put the uproar behind him to throw a go-ahead touchdown pass to Breshad Perriman that put the Bucs on the path to a win.

Tampa Bay intercepted Winston three times in the last 12 minutes and safety Mike Edwards returned an interception 68 yards for a touchdown to put the Bucs up 20-3. 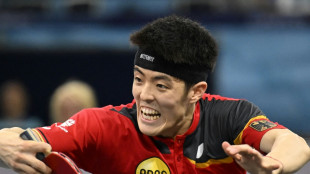