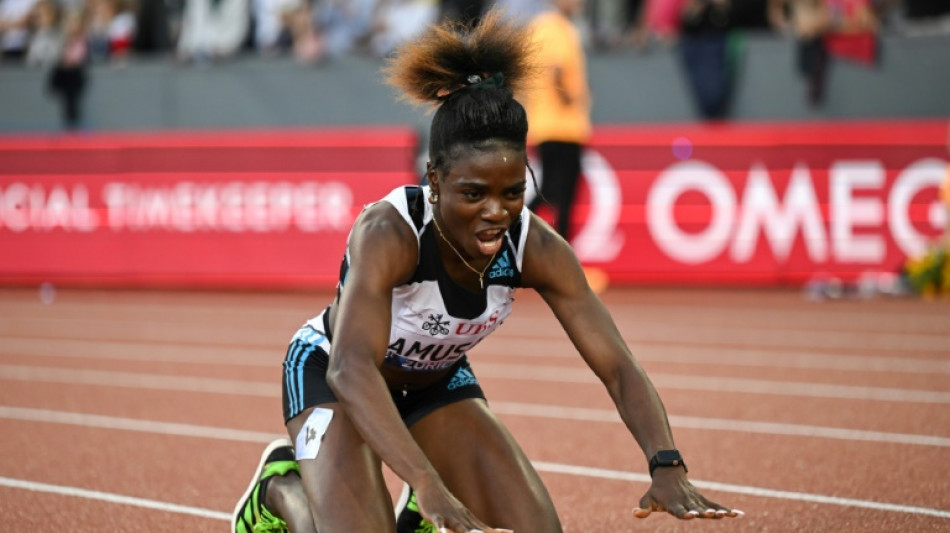 Africa offers a vast underdeveloped market for global sports, with thousands of athletes ready to join international ranks if only there were major investment, industry leaders and stars say.

But more government and private-sector partnerships are needed to turbo-charge African sports and bring young players into top-tier leagues of football, basketball and even American football, participants at a business forum said Monday.

In the event on the sidelines of the United Nations General Assembly in New York, NBA commissioner Adam Silver hailed Africa as bursting with sporting potential, noting that more than 10 percent of players in the world's premier basketball league were born in African countries or have African parents.

"Invariably more NBA, WNBA players will be discovered, will be nurtured, will be developed and then be able to play at the highest level," he said of the region's younger generations and the benefits of expanding youth training programs there.

Silver also stressed that in order to attract the "literally billions in investments that are needed," sport in Africa must be seen as economically viable.

"In order to persuade... great businesspeople to invest in the infrastructure, we have to demonstrate that it's a real business -- that there is real return over time," he said.

The forum featured former NBA stars like Congolese-American Dikembe Mutombo, WNBA sensation Chiney Ogwumike who is of Nigerian origin, and current Toronto Raptors power forward Pascal Siakam, a Cameroonian who caught the attention of scouts at a Basketball Without Borders camp in South Africa.

American football too has beefed up its presence. More than 100 current NFL players are African, according to Osi Umenyiora, a Super Bowl champion who leads an NFL initiative to expand the pipeline of new talent from places such as Ghana and Nigeria.

"From a business standpoint it would actually make sense to me to start making business in Africa now," Umenyiora told the audience, adding the NFL has recently opened new player camps in Africa.

The discussion comes along the launch of the new African Super League, which is dangling major prize money for the 24 football clubs that qualify for the first edition next year.

Confederation of African Football president Patrice Motsepe said that while Africa's link to European and American leagues is "important," the Super League "will attract billions of dollars in football in Africa to pay the smartest and most talented young Africans and keep them on the continent."

Recent 100-meter hurdles gold medalist Tobi Amusan, who in July became Nigeria's first world champion in a track and field event, warned that Africa's lack of infrastructure including training facilities could fuel a migration of athletes.

"I'm not saying don't go to other places," Amusan, who herself is based in Texas, told AFP.

"But if the government and private sector have stuff like this implemented in Africa, we keep our own grounded in our countries and not just have them wander away to other countries."

The head of the region's new top-flight basketball league also spoke of the delicate balance between international player recruitment and sports development on the ground.

"Africa needs to cease being just an exporter all the time," said Amadou Fall, president of the Basketball Africa League, which launched last year.