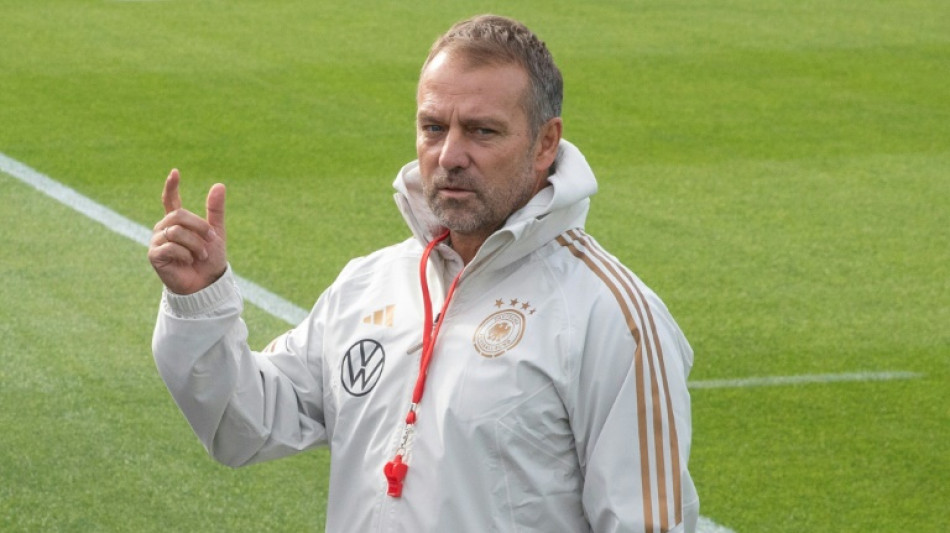 Germany coach Hansi Flick admitted on Tuesday he had made mistakes in his controversial exit from Bayern Munich, saying: "I sometimes ask myself -- 'Why did it come to this?'"

Flick was talking from the Germany training camp ahead of Nations League clashes with Hungary and England.

He left Bayern in June 2021 amid rumours he had fallen out with sporting director Hasan Salihamidzic, despite being one of the most successful coaches in Bayern's illustrious history.

"I do think that I'd do one or two things differently now," Flick told newspaper Frankfurter Allgemeine Zeitung.

"Of course a conversation would have been good -- sitting at the table with each other again to address things and to let everyone have their say.

"At the end of my time in Bayern, there were times when I took a wrong turn.

"There were certainly moments when I was unfair to the team."

Taking over as caretaker coach after the firing of Niko Kovac in November 2019 with the team in fourth place, Flick led the club to a historic treble.

Under Flick's guidance, Bayern claimed 64 of a possible 72 points to finish the Covid-interrupted Bundesliga season, before clinching their sixth Champions League title with a 1-0 win over Paris Saint-Germain in Lisbon.

He won the Bundesliga title again in the next season, but left the club when the Germany job became available, saying he did not receive the necessary support from Bayern's hierarchy.

"I'm very pleased we were able to clean up a few things," Flick added.

Flick also said he believed his former club would overcome their current struggles.

Bayern sit in fifth place in the table, having gone winless in four Bundesliga games.

"Bayern played incredibly at the beginning of the season. After the third round of matches, everyone thought the other teams did not have a chance," Flick said.

"Now they're in a bit of a weak phase -- but they always create opportunities, and that makes me very positive."

Flick also backed his successor Julian Nagelsmann, saying he was an "excellent coach".

"I'm a fan of the way he lets the team play football, regardless of the recent results."

Germany take on Hungary on Friday in Leipzig, before travelling to London to play England at Wembley on Monday.