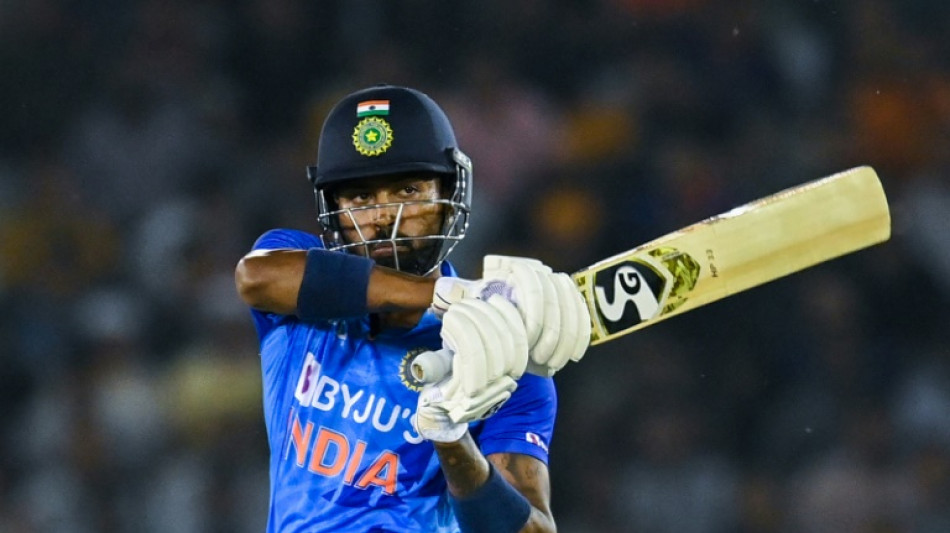 Pandya powers India to 208-6 against Australia in first T20

Hardik Pandya smashed a rapid 71 not out as India racked up 208-6 against Australia in their opening T20 international in Mohali on Tuesday.

Rahul compiled 55 off 35 balls, hitting four fours and three sixes before he was caught by Nathan Ellis off Josh Hazlewood at deep square-leg.

Yadav hit four sixes in his 25-ball stay before he was caught behind off all-rounder Cameron Green.

But Pandya increased the scoring rate further, hammering 71 off 30 deliveries.

Ellis was the most successful bowler for Australia and finished with figures of three for 30.

The three-match series is being used as a warm-up for next month's T20 World Cup in Australia.

Australia are playing without opener David Warner who has been rested.

The visitors are also without pace spearhead Mitchell Starc and all-rounders Marcus Stoinis and Mitchell Marsh due to injuries.

India are looking to bounce back after crashing out of the Asia Cup this month before the knockout stage.