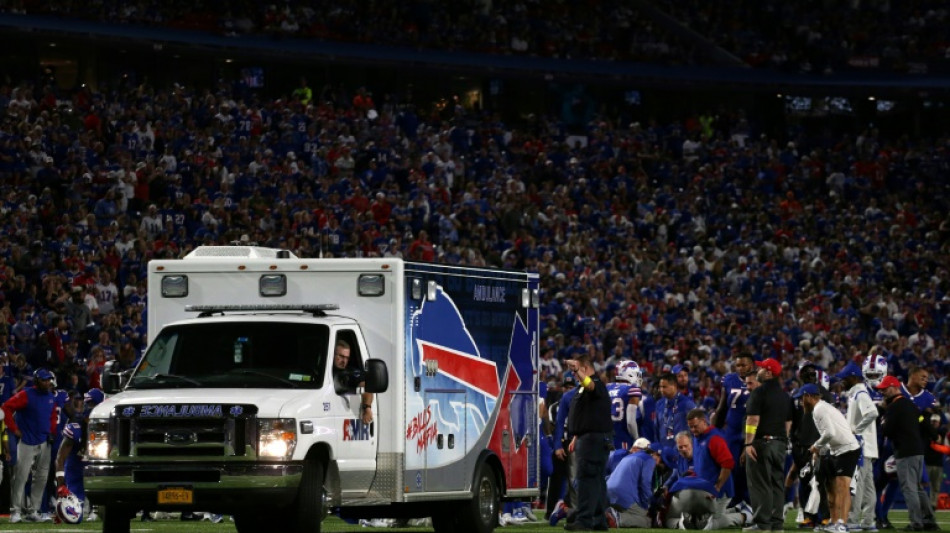 Buffalo Bills defender Dane Jackson was released from hospital on Tuesday after tests showed he escaped serious injury in a scary collision against the Tennessee Titans, his team said.

Cornerback Jackson collided with team-mate Tremaine Edmunds and had to be carted off the field just before half-time as the Bills routed the Titans 41-7 on Monday.

Edmunds crashed into Jackson's helmet as the two players tackled an opponent.

Replays showed Jackson's head snapping back violently, and Buffalo's Highmark Stadium was left subdued as the 25-year-old received treatment on the field before being taken to hospital.

However, the Bills said in a statement on Tuesday that the defensive back had been released after tests determined "there was no major injury to his neck or spinal cord."

"He was released from the hospital and is undergoing further evaluation today," the Bills said in a brief statement.

Bills coach Sean McDermott said Jackson had been in "good spirits" after returning to the team facility on Tuesday following his release from hospital.