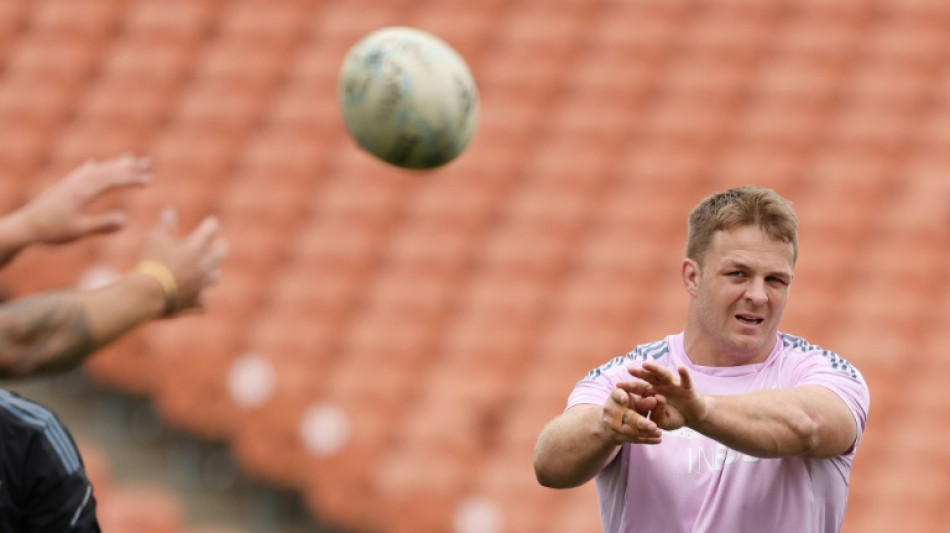 Whitelock to lead All Blacks against Wallabies as Cane ruled out / Foto: © AFP

Whitelock to lead All Blacks against Wallabies as Cane ruled out

Sam Whitelock will captain New Zealand against Australia for this weekend's pivotal Rugby Championship clash in Auckland with Sam Cane ruled out as the All Blacks rung the changes Thursday.

Cane has failed to recover from a head injury after leaving the field early in last week's 39-37 win over Australia in Melbourne which secured the Bledisloe Cup.

Scott Barrett, David Havili and Quinn Tupaea will also be missing with injuries as New Zealand chase a win at Eden Park on Saturday that could secure the Rugby Championship.

Head coach Ian Foster has named a new-look back row with Ardie Savea returning at No.8 after the birth of his third child alongside flankers Dalton Papali'i and Akira Ioane.

The absence of Havili and Tupaea means there will be a new centre partnership of Jordie Barrett and Rieko Ioane with Beauden Barrett starting at fullback.

The Rugby Championship is finely poised going into the final weekend with New Zealand and South Africa, who host Argentina in Durban later on Saturday, tied on 14 points at the top of the table.

The All Blacks have not lost in Auckland since 1994 and a sell-out crowd of 47,000 is expected at Eden Park.