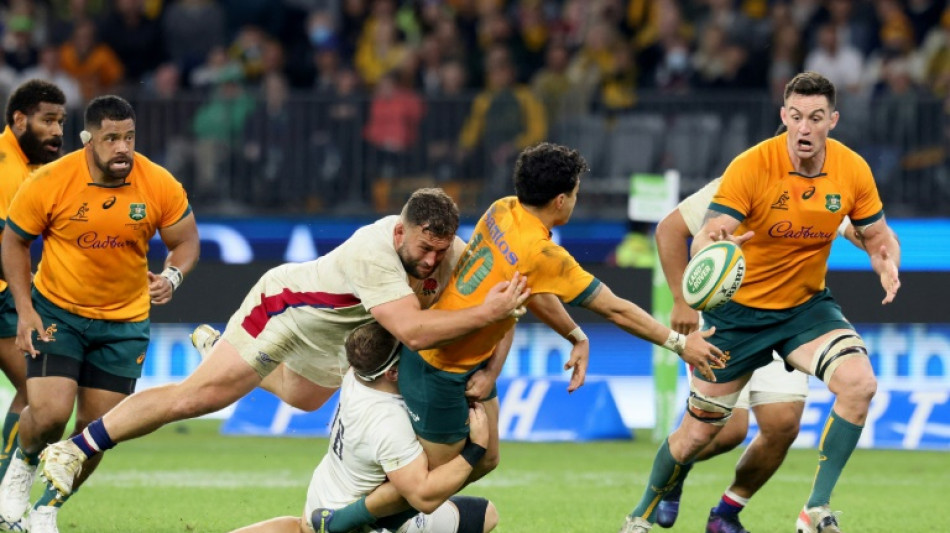 Neville, Wilson return as Wallabies shuffle pack for All Blacks

Australia on Thursday recalled towering lock Cadeyrn Neville and hard-running number eight Harry Wilson to face New Zealand at the weekend when the Wallabies will aim to break a 36-year curse at Eden Park.

Neville will make his first Test start since injuring a knee against England in July, while Wilson's return will allow Rob Valetini to switch to blindside flanker as the Wallabies hunt their first win over the All Blacks in Auckland since 1986.

"It's great to have Cadeyrn available and Harry's been working really hard to earn another opportunity, so we're excited for both of them," said Australia coach Dave Rennie.

The Wallabies are looking to bounce back after the heartbreaking 39-37 defeat at Melbourne last week, won by Jordie Barrett's controversial try after the siren.

But to do so they must end a miserable run of 22 straight defeats at Eden Park, which is expected to be a 47,000 sellout on Saturday.

"The side parked the disappointment of the last Test early in the week and we have plenty to play for in Auckland," Rennie added.

"New Zealand supporters have an expectation that the All Blacks win at Eden Park and we're excited to get another crack at them at their spiritual home."

The Wallabies earlier on Thursday lost Darcy Swain when the lock forward was suspended for six weeks after being cited for a reckless hit on Quinn Tupaea in Melbourne.

Scrum-half Jake Gordon again starts alongside fly-half Bernard Foley, who retains his place despite being penalised for time-wasting which led to New Zealand's Bledisloe Cup-winning try in Melbourne.

The final round of matches on Saturday could decide the destiny of this year's southern hemisphere Rugby Championship.

New Zealand and South Africa, who host Argentina in Durban later on Saturday, are level on 14 points at the top of the table with Australia four points behind in third.