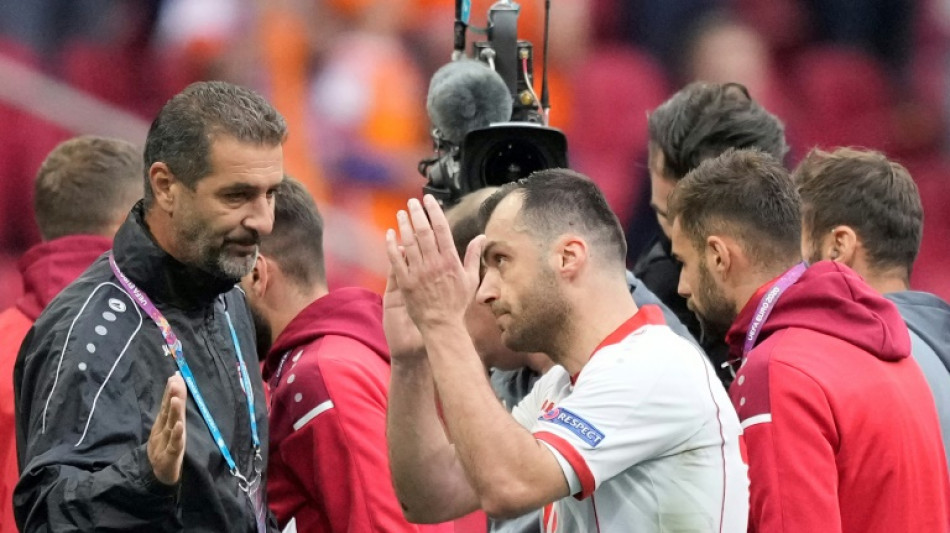 "I look back and it still doesn't seem real... It has been an incredible journey," Pandev, 39, wrote on Instagram.

"A beautiful chapter ends... I carry with me an incredible baggage of emotions... I am happy to have shared them together."

After being scouted and signed by Inter Milan when he was only 18, Pandev has spent almost all of his footballing days in Italy.

Throughout his career, the journeyman striker played for Lazio, Napoli, Galatasaray and Genoa, among other teams, having his last stint with Parma last season, registering 11 appearances in Serie B.

He was part of Inter's historic treble in 2010 when Jose Mourinho's side became the first Italian club to claim the Serie A title, the Italian Cup and the Champions League in the same season.

Pandev is hailed a hero at home as the country's most capped player and all-time leading scorer with 38 goals in 122 appearances.

The ageing captain led his minnows through the Euro 2020 qualifiers, getting on the scoresheet in an upset win against Germany and sealing the Red Lynxes' first ever appearance on the European stage with the winner in a playoff against Georgia.

At the Covid-delayed Euro 2020 finals last year he won his last cap as the debutants lost to the Netherlands in Amsterdam to leave the tournament pointless.

In honour of his international farewell he was gifted a Dutch shirt with the number 122 -- the number of caps he has won -- before kick-off, and was given a guard of honour by his team-mates as well as an ovation from the home fans on being replaced midway through the second half.