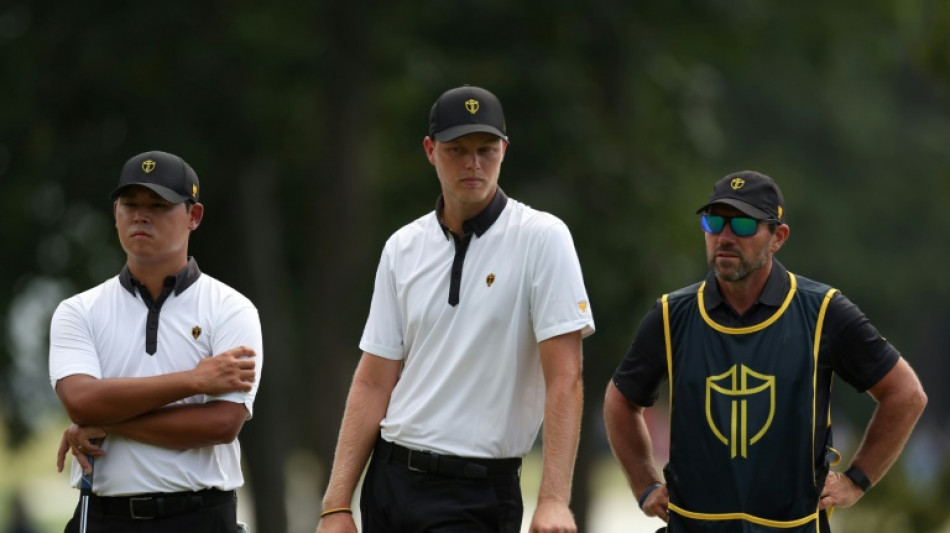 Kim and Davis stunned top-ranked Masters champion Scottie Scheffler and Sam Burns 2-up to avert a US sweep on the opening day of competition.

It's the sort of morale boost that could inspire an underdog team to bare its teeth against the heavily favored Americans, who seized a 4-1 lead after the opening foursomes (alternate shot) matches.

"For them to finish strong like that to eke out a point for us really is big psychologically," Internationals captain Trevor Immelman said.

"If we got whitewashed, it would have been a tough pill to swallow. We've got our work cut out for us, but we'll keep going until they ring the bell."

Players gathered at the 18th green to pass along encouragement after four of the five matches were battles into the last two holes.

"Everyone is super pumped. We can do this, you know," Davis said of the upset bid.

"Everyone on our team is capable of the golf we played coming down the stretch. If we can all bring it out at the same time this week, we can really get things going. So I'm excited to see what we've got coming up next couple of days."

The Americans own an 11-1-1 edge in the all-time rivalry and have never lost on home soil, having captured their past eight meetings with the global lineup.

"We're going to keep fighting," said Immelman. "It's what we do. It's the mentality this team has. We'll regroup. We got off to a poor start. We'll need to adjust for that, make a few putts. Long way to go."

Kim felt nervous on the first hole and it didn't help when the US duo led 3-up after seven holes.

"When announced our name first hole, I was a little shaking leg," Kim said. "And I'm getting pissed off because I'm losing. I think that makes a little nerves going. Then Cam makes clutch putt on 10. That's the time my nervousness is gone.

Kim sank a 10-foot birdie putt at 16 to tie the match and tapped in for birdie to win 17 after Davis put his approach within four feet of the hole.

"It eventually started going in the hole, and it was right at the right time as well -- 16, 17, 18, we just played them awesome," Davis said. "It was great to turn the tide from a pretty rough start to a really cool finish."

Immelman was overjoyed for the lift the victory provided a team playing like it has nothing to lose.

"Message is play free," Immelman said. "Nobody here expects us to win. We've got to have that belief deep down.

"We're up against maybe the strongest American team ever assembled on paper. So we do what we do? We get ready and prepare, and we play as hard as we can. Chips will fall where they may." 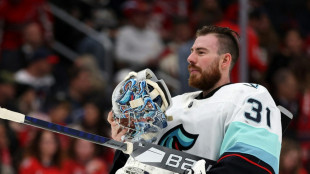