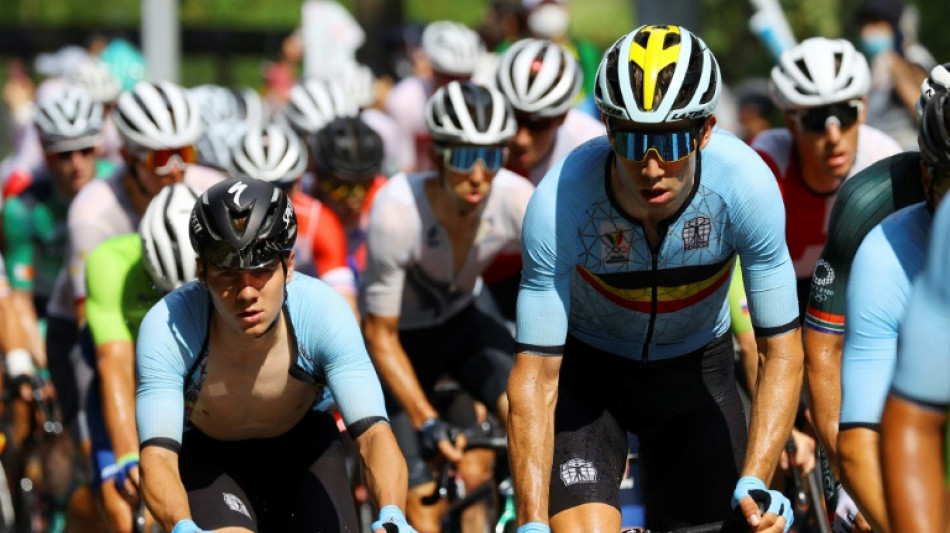 Wout van Aert and Remco Evenepoel plan to work together to ensure Belgium win the men's road race world title in Australia on Sunday -- but they are also hungry for individual glory.

The pair will enter the epic 266.9-kilometre (165 miles) slog around the coastal city of Wollongong among the favourites, along with two-time Tour de France winner Tadej Pogacar and defending champion Julian Alaphilippe.

They have the advantage of being on the same team and will play to each others' strengths before the gloves come off at the finale.

"We want to win for Belgium, I think that should be the big dream, not only for us and the other guys, it's to win the race as Belgium and Belgians," Evenepoel, fresh from winning the Vuelta a Espana for his first Grand Tour victory, told reporters.

"I know Wout, his levels and his capacities, and he knows mine. So I think we can work well together in the final of a long and hard race."

Van Aert, who is in Wollongong after finishing second at the Montreal Cycling Grand Prix behind Slovenia's Pogacar, echoed his teammate's sentiments.

"I think it's clear what our capacities are. I think I have a better sprint than Remco, normally, and Remco can attack from farther out," he said.

"I don't think we need to make a choice too early, we just need to profit from the chance that we will both be in the final. I think that not too many countries will have that."

Both men and women, whose elite race is on Saturday, will begin with a sweeping coastal traverse from the start at Helensburgh towards the heart of the championships in Wollongong, south of Sydney.

Once there, they will tackle a climbing circuit over Mount Keira, peaking at a 473-metre elevation, before heading to a technical Wollongong city route, which the men will lap 12 times and the women six.

Rain is forecast for Saturday but it is expected to clear on Sunday.

The winner will wear the fabled rainbow jersey for the next year.

Alaphilippe is keen to keep it, but the Frenchman has had a chaotic build-up, missing much of the year after serious injuries in a smash during the Liege-Bastogne-Liege in April.

The 30-year-old was not fit for the Tour de France but returned at the Vuelta --- only to crash out on stage 11, dislocating his shoulder.

"I'm not in the best condition, that's for sure," he admitted this week.

Pogacar has high hopes and is confident he can back up his win in Montreal, but will need to do so with a depleted Slovenia team missing last year's Vuelta champion Primoz Roglic and one-day specialist Matej Mohoric.

"I'm really motivated. I cannot wait," Pogacar, who was second at the Tour de France this year, said after finishing sixth in the elite time-trial in Australia.

This Sunday's event brings down the curtain on a nine-day championships which included junior, under-23s and senior races for both men and women, as well as a mixed-team event.