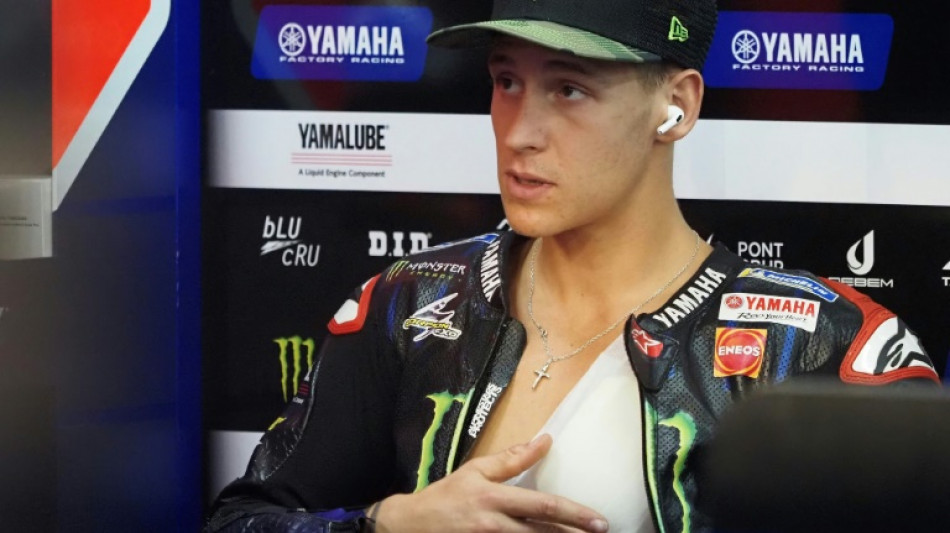 On a damp and humid afternoon at the Motegi circuit, Ducati rider Miller clocked a leading time of one minute and 44.509 seconds.

Yamaha's Quartararo suffered abrasion injuries to his torso last weekend when he crashed out in the first lap at Aragon, his misfortune blowing the title race wide open with five races left, starting this Sunday.

Quartararo was seen clutching his body after climbing off his bike on Friday and his stomach and chest are still heavily bandaged.

He leads the championship standings on 211 points but hard-charging Ducati rider Bagnaia is now just 10 points behind and has all the momentum.

Aprilia's Espargaro is also firmly in the title hunt on 194 points while Enea Bastianini of Italy is still just about in it on 163.

He crashed out and was only 14th.

Miller is fifth in the overall standings but not in contention for the world title.

There were spots of rain on Friday but the forecast is considerably worse for qualifying on Saturday, with heavy downpours expected.

Reports suggest that race day will be muggy and overcast, but dry.

This is the first MotoGP in Japan since 2019 because of the pandemic.

Leading times in opening practice for the Japanese Grand Prix: