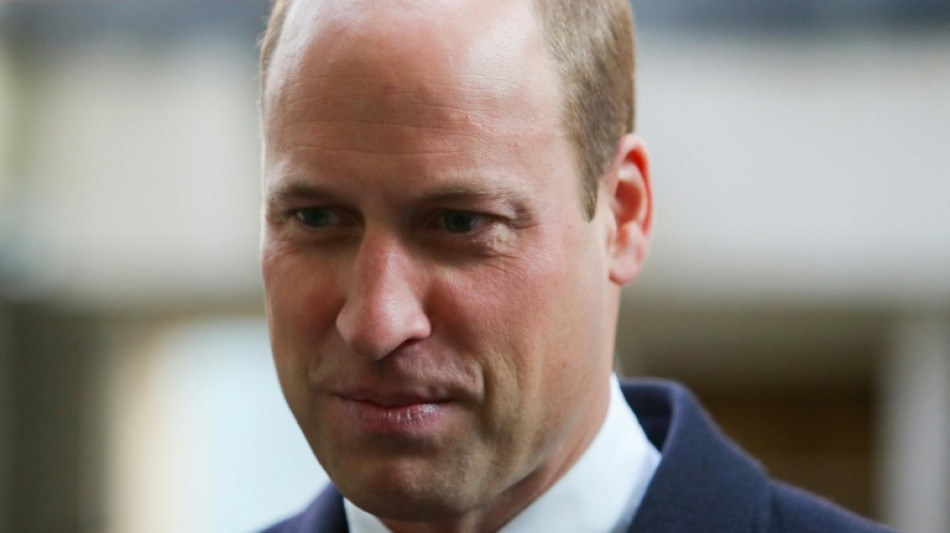 Prince William, who has the royal title Prince of Wales, on Wednesday defended his support for England's football team while meeting lawmakers in the Welsh parliament.

Visiting the assembly building in Cardiff, the 40-year-old heir to the throne promised lawmakers he would be cheering for both Wales and England in the World Cup in Qatar.

Wales is playing at the tournament for the first time in 64 years.

But he admitted: "I've supported England since I've been quite small".

It would not "look right" if he changed his allegiances now, he said.

There was better news for royal backing for Wales, however, as William admitted: "I happily support Wales over England in the rugby."

The sports-mad prince regularly attends England football games and watched the women's Euro 2022 final at Wembley this summer with his wife Kate and eldest son George.

He is also president of the FA, the governing body for English football.

Actor Michael Sheen tweeted Tuesday: "He can, of course, support whoever he likes and as Pres of FA his role makes visit understandable -- but surely he sees holding the title Prince of Wales at same time is entirely inappropriate?"

On Tuesday William visited England's footballers at their training camp and handed captain Harry Kane and other players their official shirts for the World Cup.

"I'm here really just to point out the rest of the country is behind you," William told the team.

William took over the title of Prince of Wales from his father King Charles III on his ascension to the throne.

Charles's investiture as Prince of Wales took place at Caernarfon Castle in northwest Wales in 1969, although he was awarded the title by his mother, queen Elizabeth II, in 1958.

But the title is controversial, particularly among Welsh nationalists.

Some 38,000 people have signed a petition on change.org calling the title "an insult to Wales" and "a symbol of historical oppression".

It points out that the last native prince of Wales was killed by English soldiers in the 13th century and only English princes have held the role since.

"The title implies that Wales is still a principality undermining Wales' status as a nation and a country".