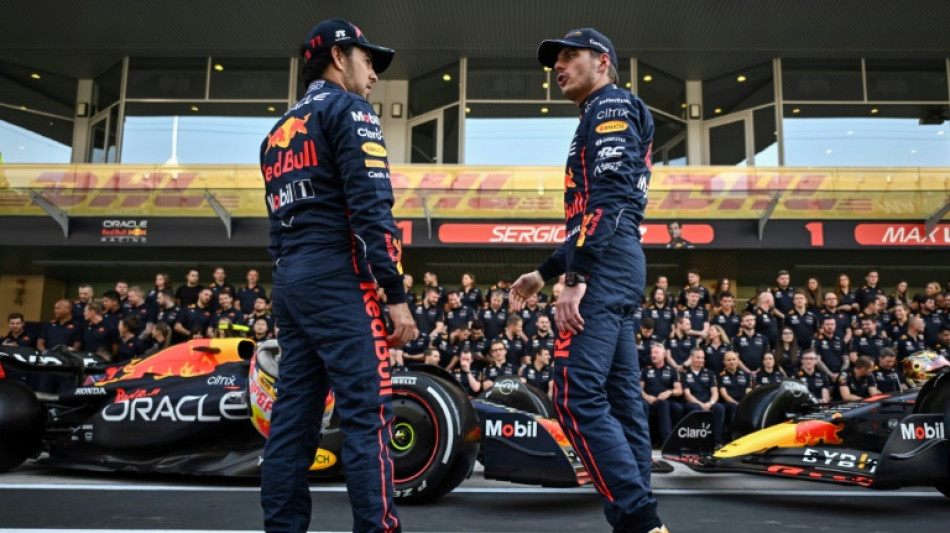 Max Verstappen on Thursday hit back at what he called "sickening" and "unacceptable" news reports and online threats following his refusal to follow team orders at last Sunday’s Brazilian Grand Prix.

In an angry rejection of the narrative created by events at Interlagos, where he ignored team orders, the 25-year-old Dutchman made an impassioned response to his critics.

The two-time world champion was asked in Interlagos to allow his Red Bull team-mate Sergio Perez to pass him, but he refused in a curt rebuke on team radio that surprised the Mexican and many close observers.

He also refused to explain his motives and continued to do so on Thursday when he was adamant that he had been miscast by reporters, claiming he was a team player with a great relationship with Perez.

"After that race, I looked very bad in the media, but they didn't have the clear picture," said Verstappen.

"To put me down like that is ridiculous to be honest because they don't know how I work in the team and what the team appreciates about me.

"All the things I have read are pretty disgusting."

He went on to add: “Even more than that, they started attacking my family, my sister, my mum, my girlfriend and my dad.

"That definitely has to stop. If you have a problem with me, that is fine but don't go after my family.

"I hope one day they actually understand what was going on because it is unacceptable behaviour.

“So many people, and in this paddock to be honest, not only fans. A lot of people, what they have been writing about me is ridiculous."

Red Bull had wanted to earn Perez an extra point in his bid to beat Ferrari’s Charles Leclerc to second place in the drivers’ championship this season in order to record their first one-two.

Perez was offended by Verstappen’s actions in Brazil and said he had shown his "true self".

Some media claimed that Verstappen's reaction at Interlagos was in response to suggestions that Perez had deliberately crashed in qualifying at the Monaco Grand Prix to hinder the Dutchman.

Perez went on to win in Monaco but at the Yas Marina circuit on Thursday, he denied he had crashed deliberately.

“The rumour is wrong," he said. "That is just speculation from the media out there and people creating rumours.

"I nearly crashed into turn one and everyone makes mistakes in Monaco or in general places in qualifying. It is not like it was done on purpose.”

"I just thought we were just going to race and try to get the best possible result," he said.

"We had a bit of a miscommunication on Saturday and Sunday, nothing had been said to me about a potential swap."

In a statement, Red Bull referred to death threats, hate mail and vitriol and said the abuse had to stop.

Perez said that the Monaco Grand Prix was not discussed within the team when they held an emergency meeting in Brazil.

“We have discussed what happened in Sao Paulo internally and we have agreed that for the benefit of the team, this should remain internal.

“It’s best so that we don’t open any speculation and we are able to move on and to be the team we used to be, united and strong. That’s the priority of the team.”