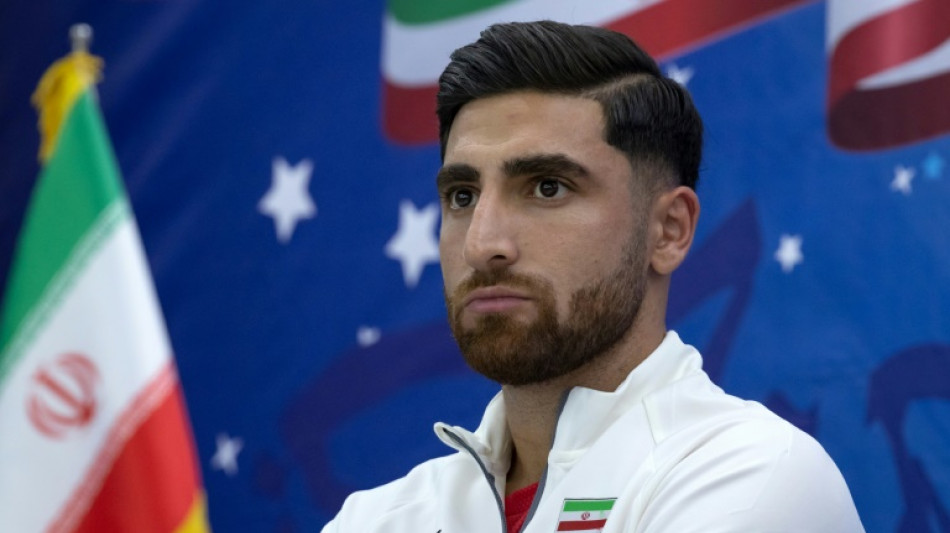 Germany arrive in Qatar as Iran shrug off protest talk

Four-time winners Germany arrived at the World Cup in Qatar on Thursday while Iran's captain urged his team to focus on football rather than anti-government protests that have rocked his country.

With just three days remaining before the month-long tournament kicks off, teams are still arriving in Qatar after completing last-minute preparations for the event.

Germany were the most prominent team to touch down in Doha on Thursday, fresh from a 1-0 friendly victory over Oman on Wednesday.

The 2014 champions are aiming to erase the memory of their ill-fated campaign in Russia four years ago, when they crashed out of the World Cup in the group stage.

Team official Oliver Bierhoff explained why they had chosen the seaside town of Al-Ruwais, 68 miles (111 kilometers) from Doha.

"We want to develop a team spirit there that will carry us through the tournament -- and for as long as possible," Bierhoff said.

Spain are due to arrive in Qatar in the early hours of Friday while France arrived in Doha late Wednesday, seeking to become the first team to retain the World Cup since Brazil in 1962. Argentina and Lionel Messi were also settling into their accommodation.

Iran's team arrived in Qatar with their homeland rocked by anti-government protests that have cost the lives of dozens of people and become the regime's biggest challenge from the street in decades.

Iran captain Alireza Jahanbakhsh, asked by a British journalist if his team was able to concentrate on their first match against England on Monday, said: "We are here to play football and that’s the main thing everybody is focused on while we’re here.

"To bring it this way to play the mental game and ask what’s going on here, there or whatever. We are just four days away from playing the biggest games of our lives."

On whether the players would join other Iranian sports figures who have refused to celebrate victories as a form of support for the protests, he said: "You talk about celebration; celebration is something very personal.

"Every single player has a different celebration and you ask about national anthem and that’s something that also has to be decided in the team which we already talked about."

Other teams meanwhile were adjusting to the searing heat in Doha, where temperatures nudged 34 degrees Celsius (93 degrees Fahrenheit) on Thursday.

England defender Conor Coady said his team planned to adapt to the sweltering conditions after a gruelling morning workout.

"It was hard this morning," Coady said. "Going out there and over-thinking the heat or thinking it's too hot will get us nowhere so we're going out there to embrace it."

Away from the big guns, Wales were relishing the opportunity of returning to football's biggest stage after a 64-year wait.

"We want to show how big Wales as a nation can be and show how good we are," defender Ethan Ampadu told reporters at the team base.

The Welsh will pin their hopes on Gareth Bale, the former Real Madrid winger who often reserves his best performances for his country.

The World Cup has been dogged by controversy, including over Qatar's alleged human rights abuses, suppression of dissent, mistreatment of foreign workers and persecution of LGBTQ people.

Pleas from football's world governing body FIFA for a switch of focus to football have gone unheeded by some countries.

French President Emmanuel Macron insisted it was a bad idea to politicise sport and said critics of Qatar as hosts should have spoken up when they were awarded the tournament in 2010.

"I think we must not politicise sport," said Macron told reporters in Bangkok, where he is attending a summit of the Asia-Pacific Economic Cooperation forum.

"These questions must be addressed when hosting the event is decided."