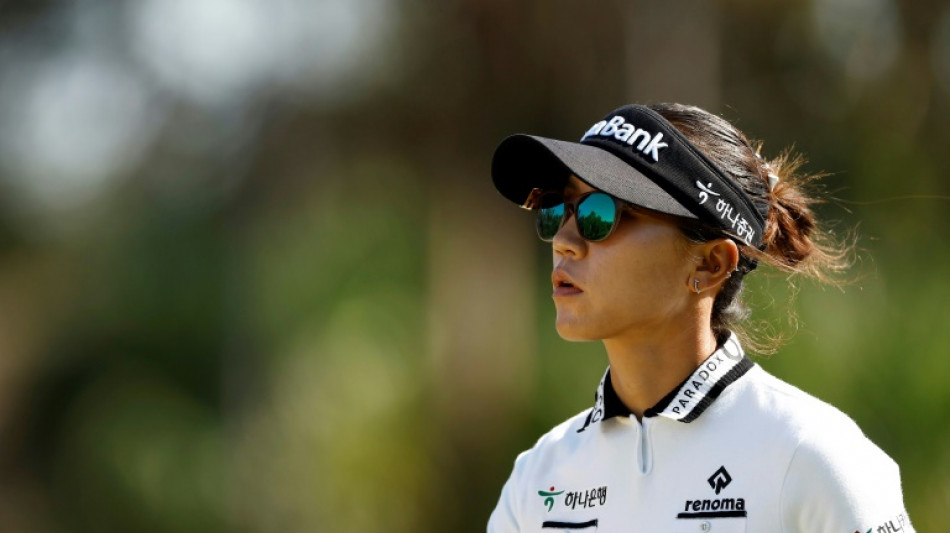 New Zealand's Lydia Ko, produced a blistering finish to her first round to grab the lead at the CME Group Tour Championship on Thursday after shooting a seven under-par 65.

Ko, aiming for her third LPGA Tour win of the season, birdied four straight holes before settling for a par on the 18th hole as she ended the opening round a shot ahead of Thailand’s Pajaree Anannarukarn and American Danielle Kang at the season-ending tournament in Naples, Florida.

The 60-player field at Tiburon Golf Club, is battling for a $2 million winners prize, the biggest in the history of women’s golf. The no-cut tournament has a total purse of $7 million.

South Korea's Kim Hyo-joo and Scotland's Gemma Dryburgh were both two strokes off the lead while Nelly Korda, the world number one, was one of seven players three shots behind Ko.

The 25-year-old Ko, who won this event in 2014, recovered from a bogey on the par-5 first hole before hitting a hot streak on the back nine.

"It wasn't the start I envisioned going to sleep last night but I knew that there was plenty of golf to be played. With the wind being up there was always going to be a tough start on the early holes, I just had to be patient," she said.

"I think that is the key this week. There are 72 holes and the top 60 players from the LPGA so you know there is going to be so much good golf.

"When I got on the back nine and I had the birdie opportunities I was able to take them and convert, it was a really solid day and hopefully good momentum for the next three days."

Anannarukam also had to contend with an early bogey, in her case on the par-four third but she responded immediately with an eight foot putt for birdie on the fourth at the start of a run of four straight birdies.

"I just really tried not to think too much on that bogey, just tried to stay patient and just move on," she said.

Kang was bogey free and said she was pleased with her consistency since adjusting her game under coach Butch Harmon.

"I'm hitting it well. I'm working on a lot of different things with Butch. My swing is a bit different. I don't know if people have noticed a lot of the mechanic difference, but it's easier, I guess. The misses are a bit better," she said.

"I'm working a lot on my short game. I have a putter change this week. That's working really well. I was actually really happy about my round today because it's been very stock golf, wasn't that stressed," she added.