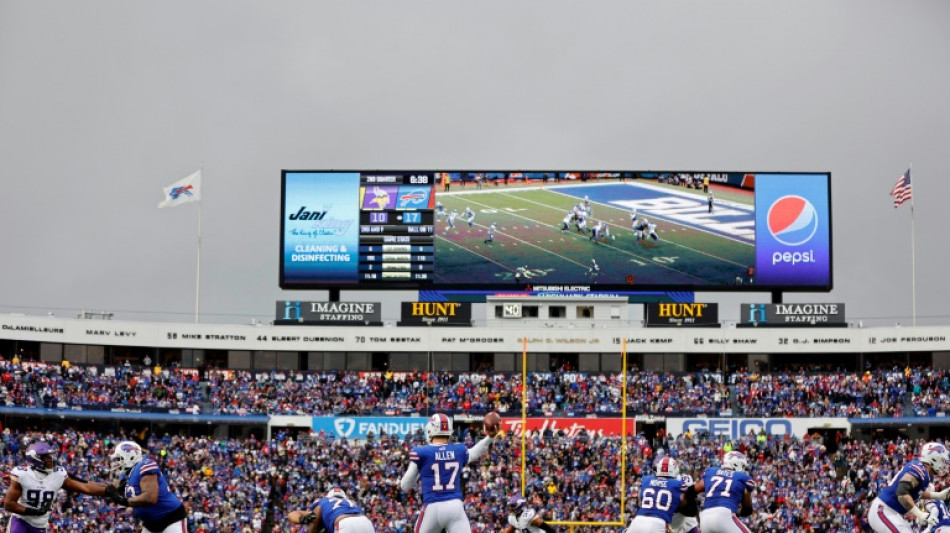 The NFL clash on Sunday between the Buffalo Bills and the Cleveland Browns has been moved to Detroit due to fears over a forecast snow storm, the NFL said on Thursday.

Weather forecasters predict up to four feet of snow to land in the Buffalo, New York, area in the coming days with "major to extreme impacts".

"Due to public safety concerns and out of an abundance of caution in light of the ongoing weather emergency in western New York, Sunday's Cleveland Browns-Buffalo Bills game will be moved to Ford Field in Detroit," the league said in a statement.

"The decision to move the game from Highmark Stadium in Orchard Park, NY, was done in consultation with the Buffalo Bills and local and state authorities as the region prepares for the storm."

Ford Field, home to the Detroit Lions, is an indoor venue.

The Bills are looking to bounce back from their defeat to the Minnesota Vikings on Sunday which left them third in the AFC East with a 6-3 record.

The 3-6 Browns are third in the AFC North.