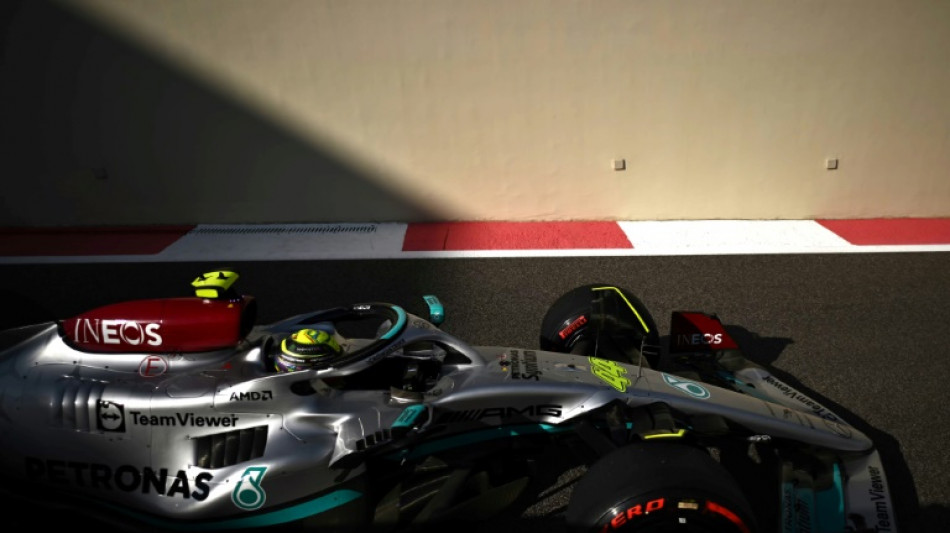 Lewis Hamilton topped the times ahead of his Mercedes team-mate George Russell in Friday’s opening practice at this weekend’s season-ending Abu Dhabi Grand Prix, the ‘silver arrows’ continuing where they left off after a one-two triumph in Sao Paulo last Sunday.

Returning to the scene of his acrimonious and controversial defeat by Max Verstappen of Red Bull in last year’s title-deciding race, Hamilton produced a best lap in one minute and 26.633 seconds to outpace Russell by 0.220 seconds.

On a hot day with temperatures touching 34 degrees Celsius at the Yas Marina Circuit, Charles Leclerc was third for Ferrari ahead of the Red Bulls of Sergio Perez and Liam Lawson, the young New Zealander standing in for two-time world champion Max Verstappen.

It was a convincing performance by the young Kiwi given his first run in a Red Bull for his third FP1 appearance of the season.

Retirement-bound two-time champion Sebastian Vettel was sixth for Aston Martin ahead of Robert Shwartzman, enjoying a run in the second Ferrari, and Daniel Ricciardo of McLaren, approaching his last race with the team.

Alfa Romeo’s Valtteri Bottas was ninth ahead of Alex Albon of Williams and two Frenchmen -- Alpine-bound Pierre Gasly of Alpha Tauri just ahead of his future team-mate Esteban Ocon.

Eight regular drivers gave up their seats to ambitious reserves for the session, a move that delivered some fresh ‘rookie’ names to the timing monitors as Russell set the early pace, buoyed by his maiden victory in Brazil.

The Briton’s lap on ‘hards’ was soon surpassed by a run of rivals using ‘softs’, Ocon and Perez leading the way before Liam Lawson, running in Max Verstappen’s Red Bull, briefly went top to be usurped by Leclerc.

As the trap ‘rubbered in’ in the warm afternoon sunshine, Perez again went top as Logan Sargeant survived a big spin in his Williams, avoiding hitting the wall at Turn One.

Albon and then Bottas soon took their turns at the top before Perez, in determined mood, clocked 1:26.967 to regain the initiative as the leading candidates all went on softs.

Despite a snap of oversteer, Leclerc returned to the top before Hamilton registered 1:26.633, fast enough to beat the rest including a fast lap from team-mate Russell who went second behind him.