Berliner TageBlatt - Whitelock urges All Blacks to 'front up' against England 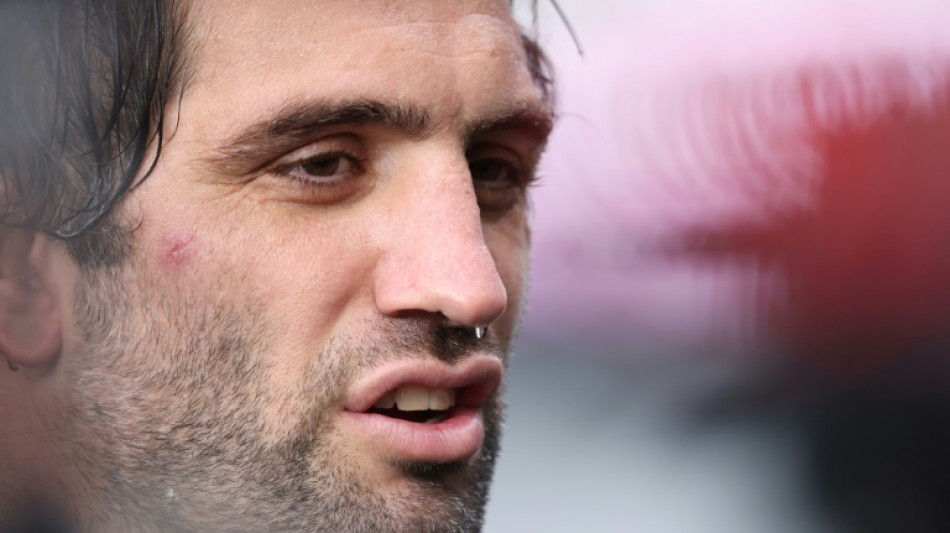 Whitelock urges All Blacks to 'front up' against England / Foto: © AFP

Whitelock urges All Blacks to 'front up' against England

New Zealand captain Sam Whitelock has told his side to "front up" against England at Twickenham and "walk towards the pressure".

Saturday's match will be the first time the teams have met since England's 19-7 win in a 2019 World Cup semi-final in Japan.

That match was notable for the way England's pack dominated their New Zealand counterparts and experienced lock Whitelock is determined to avoid a repeat in what will be the All Blacks' final fixture of 2022.

"We've just got to front up, especially for us as forwards, the tight five," Whitelock told reporters at Twickenham on Friday.

"We've got to make sure we stop their strengths, the scrum, the rolling maul. It always starts and finishes with us. If we do that, then we allow the rest of our team to play their game."

Whitelock, a veteran of 142 Tests, insisted the events of three years ago in Yokohama did not weigh heavily on his mind -- even though "we've had a few people walking down the street (in London) bring it up as well".

The 34-year-old added much had changed, not least in terms of personnel, for both England and New Zealand since 2019.

But he accepted there were valuable lessons to be learned.

"England started really well and they just squeezed us out of the game," Whitelock recalled. "They did that really well, so that's something we are aware of this week."

As for any lingering motivation from a loss that ended New Zealand's eight-year reign as world champions, Whitelock said playing in front of an 80,000 sell-out crowd at the "home of rugby" would be inspiration enough.

"A lot of the guys they weren't there, but for those that were there, they know what it's like playing England in a big game and this is one of those big games."

Certainly, All Blacks coach Ian Foster has picked his strongest squad for the match.

Richie Mo'unga is in at fly-half as Beauden Barrett returns to full-back, with younger brother Jordie starting alongside Rieko Ioane in midfield.

Up front, lock Brodie Retallick is back from suspension, with Scott Barrett moving back to the flank in a team that resembles the side that thrashed Wales 55-23 in Cardiff a fortnight ago rather than the one that edged out Scotland 31-23 at Murrayfield last weekend.

Saturday's match will see Retallick join Whitelock as one of just 12 All Blacks to have played in 100 Tests.

And the locks will also set a new second-row partnership appearance record of 64 Tests together, surpassing the mark of 63 posted by the South Africa combination of Bakkies Botha and Victor Matfield.

"Brodie just goes out there and plays well every week and we've seen it for a hundred Test matches now, so that's pretty awesome," said Retallick.

The All Blacks, one of rugby union's enduring superpowers, have had a rollercoaster 2022, with coach Ian Foster coming close to losing his job ahead of next year's World Cup in France.

One more defeat would mean New Zealand had suffered their worst calendar year since 1998, when they lost five matches, but Whitelock said intense scrutiny was nothing new.

"There's always pressure, no matter who we are playing against or how we've been performing. That pressure is always there, it's something you have explained to you when you are first brought into the side.

"It's no different if you are Brodie Retallick playing your 100th (Test), there's always that pressure. It's something you always want to walk towards versus running and hide from."