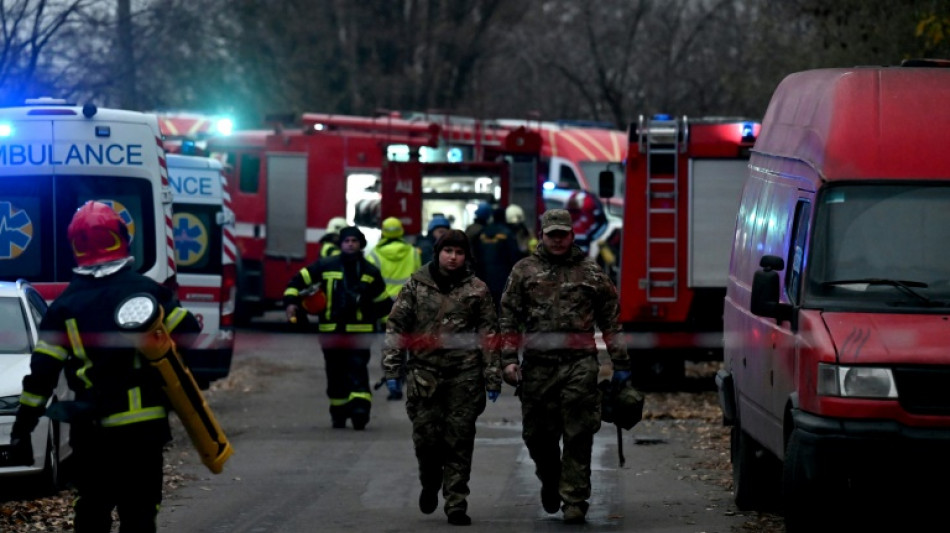 Seven million homes were without power following the latest attacks, the presidency said, dampening jubilation over the recapture of Kherson city as world leaders gather at a G20 summit expected to tackle the violence engulfing Ukraine.

Lviv in the west and Kharkiv in the east were also attacked on Tuesday, authorities said, with Lviv's mayor reporting 80 percent of the city was without power.

Zelensky said in a video statement that Russia had fired 85 missiles at energy facilities across the country.

"We are working, we will restore everything," he said as areas across Ukraine reported interruptions to power supplies including the western Ternopil region that said 90 percent of users were cut off.

And the Dnipropetrovsk region's military administration said an energy facility in Kryvyi Rih had been hit, creating a "complicated" situation for the grid.

Moldova, which borders Ukraine, reported power cuts because of the missiles fired at its neighbour and called on Moscow to "stop the destruction now".

Kyiv's mayor Vitali Klitschko said at least half of the city's residents were without power, two residential buildings were hit and "several missiles were shot down... by air defence systems".

The deputy head of the president's office Kyrylo Tymoshenko said the missiles had been fired by Russian forces and called the energy situation "critical".

Tymoshenko shared footage of a blaze at a Soviet-era, five-storey residential building struck by the missile salvoes.

"The danger has not passed. Stay in shelters," he added in the statement online.

The attacks came after Russia-appointed officials in Nova Kakhovka said they were leaving the important southern city, blaming artillery fire from Kyiv forces, which have reclaimed swathes of the south after Russia left Kherson.

In Kherson city, 41-year-old Olga Genkulova said it had "been five days without water and a week without electricity".

"I knew this could happen so I've been stocking up on water," she said packing bottles filled from the Dnipro River.

Ukrainian strikes killed two in a Russian region on the border with Ukraine according to the governor.

Zelensky said in a video "it is clear what the enemy wants. It will not achieve its goal".

On Monday he made a surprise visit to the city of Kherson, announcing the retaking of the regional capital marked "the beginning of the end of the war".

Zelensky told the G20 summit in Bali on Tuesday "now is the time" to end the war, while Washington said the strikes would "deepen the concerns among the G20 about the destabilising impact of Putin's war".

Since September Ukraine forces have been pushing deeper into the south.

Russia announced last week a full withdrawal from the regional capital of the southern Kherson region, allowing Ukraine to re-enter.

Moscow-installed authorities in Nova Kakhovka said on Telegram that state and municipal employees were relocated to safety.

The Russian-backed officials said that following Moscow's pull-out from Kherson city, Nova Kakhovka came under "indiscriminate fire" and "life in the city is unsafe".

They also claimed "thousands of residents" had followed their recommendation to leave to "save themselves", saying Kyiv's forces would seek "revenge on collaborators".

Nova Kakhovka sits on the eastern bank of the Dnipro River, now a natural dividing line between Ukraine's forces that retook Kherson city on the west side and Russia's forces on the opposing bank.

It is also home to the Kakhovka hydroelectric dam which was captured in the beginning of the invasion because of its strategic importance supplying the Moscow-annexed Crimean peninsula.

The Russian-controlled dam is a particular focus now after Zelensky accused Russian troops of planning to blow it up to trigger a devastating flood.

Any defects at the dam would cause water supply problems for Crimea, which has been under Russian control since 2014 and which Ukraine hopes to recapture.

Russian forces said last week that a Ukrainian strike had damaged the dam.

The Russian-appointed head of the occupied part of the Kherson region, Vladimir Saldo, said Tuesday the dam was no longer operating.

"The situation is more dangerous -- not with electricity generation -- but with the dam itself, which, in the event of an explosion, would flood a fairly large area," he said on state-run television channel Rossiya-24, according to Russian agencies.

The loss of Kherson was the latest in a string of setbacks for the Kremlin, which invaded Ukraine on February 24 hoping for a lightning takeover that would topple the government in days. 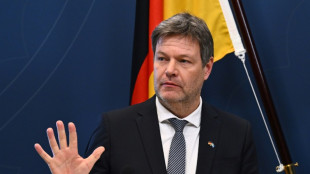 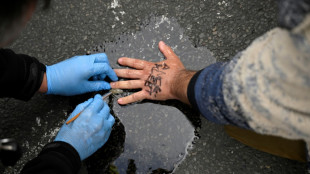 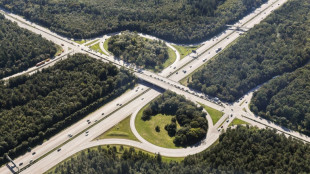 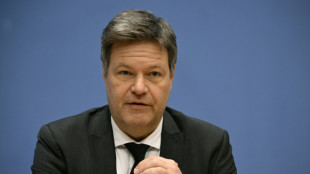