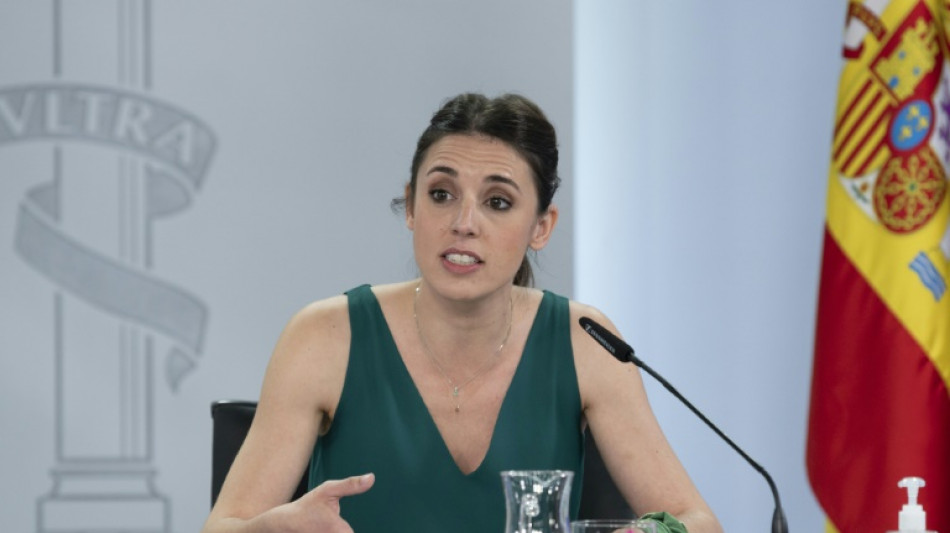 Spain's cabinet on Tuesday approved a bill that grants paid medical leave for women who suffer from severe period pain, becoming the first European country to advance such legislation.

Menstrual leave is currently offered only in a small number of countries across the globe, among them South Korea and Indonesia.

But the proposed legislation must still be approved by the Spanish parliament, with a vote not expected for months.

It was not clear whether Socialist Prime Minister Pedro Sanchez's minority coalition government, which has made women's rights a priority, has enough support in the assembly to pass it.

The Spanish bill entitles workers experiencing period pain to as much time off as they need, with the state social security system -- not employers -- picking up the tab for the sick leave.

As with paid leave for other health reasons, a doctor must approve the temporary medical incapacity.

Equality Minister Irene Montero said the law will recognise a health problem that has been largely swept under the carpet until now.

"Periods will no longer be taboo," she told a news conference after the cabinet approved the bill.

"We will be the first country in Europe to introduce a temporary sick leave that is fully financed by the state for painful and incapacitating periods," she added.

"No more going to work with pain, no more taking pills before arriving at work and having to hide the fact we're in pain that makes us unable to work."

Montero belongs to the far-left Podemos party, Sanchez's junior coalition partner which has been the driving force behind the law.

About a third of women who menstruate suffer from severe pain, according to the Spanish Gynaecology and Obstetrics Society.

Italy in 2016 proposed a bill that would have granted three paid days off to women suffering menstrual pain who obtained medical certificates.

But the draft bill did not progress before the parliamentary term expired in 2018.

Spain's proposal has divided politicians and even unions, with some saying it could stigmatise women in the workplace and favour the recruitment of men.

"You have to be careful with this type of decision," said Cristina Antonanzas, deputy secretary general of one of Spain's largest trade unions, the UGT, warning it could impact "women's access to the labour market".

But Spain's other major trade union, the CCOO, said the proposed measure was "justified" if period pain prevents a woman from working, and called it a major "legislative advance".

The Spanish legislation is part of a much wider reproductive health reform which will include changes to the country's abortion laws.

It will end the requirement for minors of 16 and 17 to obtain parental consent before terminating a pregnancy and include measures to boost access to abortion at public hospitals.

The draft bill also calls for the free distribution of contraceptives and menstrual hygiene products in high schools, and strengthens sex education.

"We are advancing feminism. Women should be able to decide freely about their lives," tweeted Sanchez.

Since he came to power in 2018, women have taken up most cabinet posts for the first time in Spain's history, taking up top portfolios such as defence, economy and finance.

Spain decriminalised abortion in 1985 in cases of rape, if a foetus is malformed or if a birth poses a serious physical or psychological risk to the mother.

The scope of the law was broadened in 2010 to allow abortion on demand in the first 14 weeks of pregnancy, but access to the procedure is complicated by the fact that many doctors in public hospitals refuse to perform abortions.