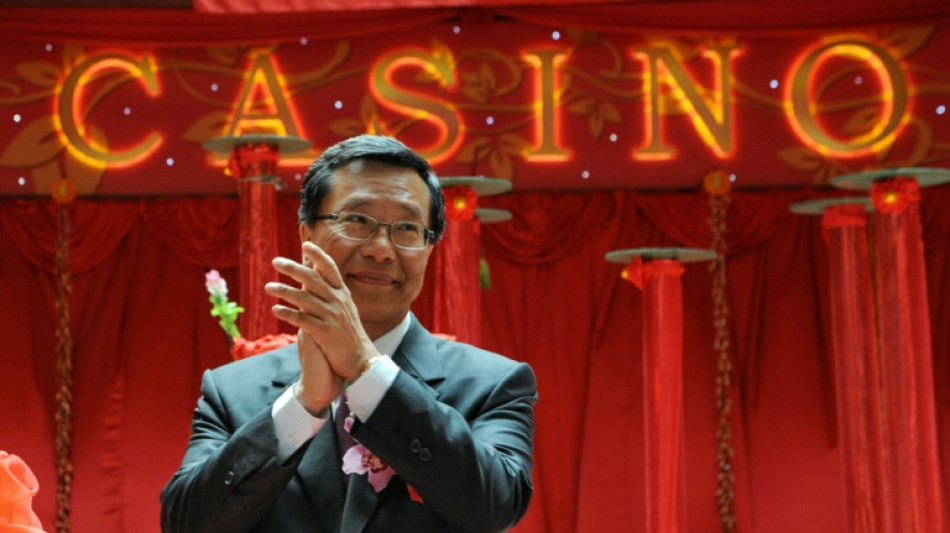 A company controlled by Malaysian tycoon and Genting chairman Lim Kok Thay has put in a bid for a casino licence in Macau, a surprise challenge to the decades-long oligopoly of the six incumbent operators.

The former Portuguese colony is the only territory in China where casinos are allowed, and issues just six operating concessions for a multibillion-dollar industry that, until the pandemic, was bigger than Las Vegas.

Licences for the current operators -- including MGM China, Sands China and Galaxy Entertainment Group -- will expire at the end of the year, and they face plummeting revenues and heightened regulatory scrutiny from Beijing.

The six operators all submitted bids by Wednesday to renew their licences but the spotlight was stolen by newcomer GMM.

A GMM representative told reporters that the bid was submitted on behalf of leisure and entertainment firm Genting, according to Macao Daily.

Best known for its resort in the Malaysian highlands, Genting also operates in Las Vegas and Singapore and backed a ski resort in China that hosted this year's Winter Olympics.

Macau's gaming sector has been battered by pandemic-era restrictions that drove away the mainland Chinese gamblers who make up the vast majority of customers.

Gross gaming revenue was down 98 percent from pre-pandemic levels and fell to a record low in July, officials earlier announced.

Chinese President Xi Jinping has spearheaded an anti-corruption campaign that has seen increased scrutiny of the high-rollers and officials who travel to gamble in Macau, where cases of money laundering are common.

For decades, Macau's gaming industry was run as a monopoly by casino magnate Stanley Ho, but in 2002 more operators were brought in and issued 20-year concessions as part of a liberalisation effort.

In January, authorities slashed the concession period of gaming licences from 20 years to 10 and unveiled regulations seeking to increase local ownership and government supervision.

GMM's bid adds an element of uncertainty to the sector, which had been dominated by the same big players for decades.

In a research note, JPMorgan Chase analysts argued it was "unlikely" for Macau to prefer a new foreign operator over incumbents who have a track record in investment and local employment.