Berliner TageBlatt - Britain draws pride from 'The Queue' for their queen 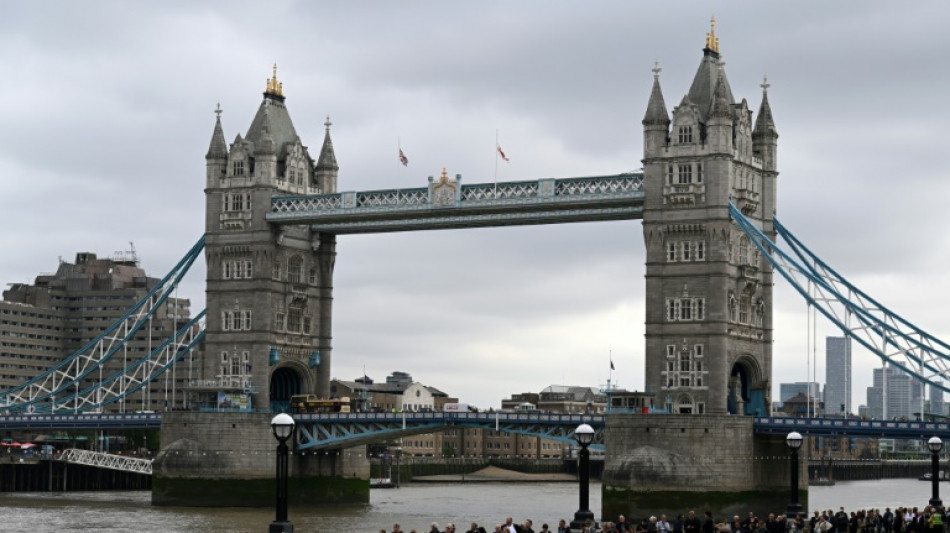 Britain draws pride from 'The Queue' for their queen / Foto: © AFP

Britain draws pride from 'The Queue' for their queen

Orderly and good-natured, the enormous waiting line to see Queen Elizabeth II's coffin is being hailed as a triumph of Britishness in a country that prides itself on its queueing finesse.

"We British this is what we do, queue in the rain," Jacob Lovewell, a 29-year-old who works in marketing, told AFP as he waited patiently in the slow-moving file as it snaked along the southern bank of the river Thames.

The line, which started forming more than 48 hours before people were first admitted to see the coffin lying in state in parliament, has its own YouTube channel and livestream.

Plastered over newspaper front pages, it is quickly becoming known simply as "The Queue" -- upper-cased and with no other identifying information required.

By lunchtime Thursday, it was four miles long (6.4 kilometres) -- and growing -- with people facing a wait of more than seven hours to glimpse the coffin which is on display in parliament's historic Westminster Hall until Monday.

Strict rules mean no photography and no loitering in front of the casket, leaving well-wishers with only a few seconds to pay their respects after a trial of endurance to get there.

But those waiting have almost no complaints, not even bleary-eyed admirers of the late sovereign who spent the night shuffling along the pavement or woke up before dawn to travel to the capital.

"It's brilliant," said Lisa Doodson on Thursday as she crossed Lambeth Bridge, with the spires of Westminster finally in sight.

"Everyone's happy... Everyone is so helpful."

The spectacle, being broadcast live on British TV channels, has sparked admiration online.

"If you're British, this is the queue you've been training for all your life. The final boss of queues," one Twitter user, @JofArnold, wrote in a widely shared post.

"I don't particularly care either way about the Queen. But the queue? The Queue is a triumph of Britishness," wrote @curiousiguana.

"Tell me this isn't the greatest bit of British performance art that has ever happened? I'm giddy with joy."

Queues and the ability to queue, have long formed a curious part of Britain's self-identity along with often idealised commitments to notions of "fair play" and politeness.

Rather than a sign of bad management, the hours-long wait to enter the annual Wimbledon tennis tournament is seen as part of the experience, while the tailbacks for the famed Glastonbury music festival are also part of its folklore.

Social historian Kate Bradley at the University of Kent told AFP that queuing became wrapped up in national mythology during World War II, when rationing was introduced, and people faced long waits for every-day items like bread and butter.

"Obviously there were queues before the Second World War, but tolerating the distress became a virtue during the war," she said. "Queueing is a form of stress on your body, but it became a way of showing that you are contributing to something bigger than you."

Bradley noted that in modern Britain most queues were seen as frustrating as anywhere else in the world and that it was wrong to imagine orderly lines were exclusively British, or even a reality across the country.

"Personally, I can't cope with a queue of more than five minutes," added the historian, who has studied the psychology of queues and is currently working on the history of telephone hotlines.

"Other countries queue, but it has become a sort of shorthand about talking about Britain and it conveniently fits with ideas about British people being emotionally distant, uptight, and holding back."

Bradley underlined how technology being used for the queen's admirers had also helped reduce one of the great strains of waiting in line: fear of the widely despised queue-jumper.

People joining the line are given an electronic bracelet which shows their position.

It also allows them to leave to go to the toilet or buy food and drink -- before returning to their spot.

Hundreds of volunteers from the Red Cross, the Scouts and other charities are also on hand along with soldiers and police.

Asked about the risk of queue-jumping, a government insider sounded confident in the strength of "self-policing".

"People are making friends with each other in the queue. They know the people who are around them and they're supporting each other in being able to nip off," he said Wednesday. 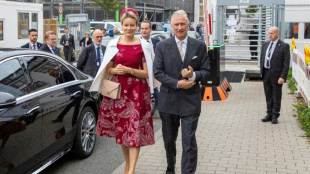 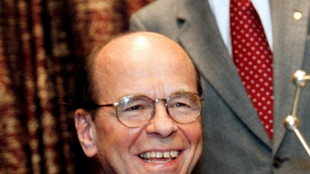 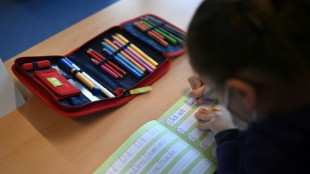 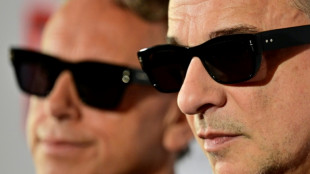